Mourning Between Life and Literature 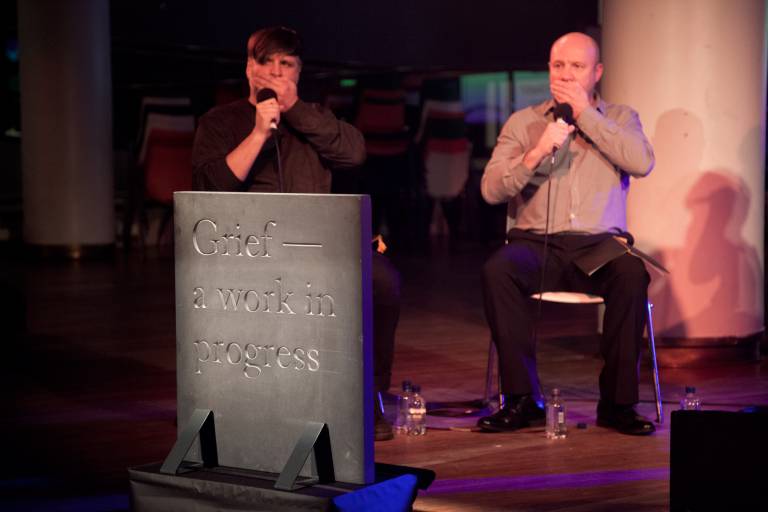 Is mourning a special case of the transformation of life into literature? What are the temptations, benefits, and potential pitfalls of turning the personal experience of grief into literary forms and images? How can literature help in the lived experience of mourning? What do we even mean by ‘help’ in this context? What other roles might literature have?

In this roundtable, chaired by Florian Mussgnug (UCL) we will address these questions through three papers. We will hear from Simona Corso (Roma Tre) on mourning diaries, including Roland Barthes’s posthumous contribution to this genre. The artist Zoe Papadopoulou will share with us her innovative approach to bereavement, which embraces literary and artistic works, encourages creative expression, and includes a specially converted Italian ambulance. And with Jennifer Rushworth (UCL) we will travel back in time to Petrarch’s narration of the death of Laura in a series of dramatic images.

This seminar is supported by the London Intercollegiate Network for Comparative Studies (LINKS), by Comparative Literature at UCL, by the Institute of Advanced Studies (UCL), and by the UCL Cities partnerships Programme in Rome (CpP).

Simona Corso is Associate Professor of English Literature at the University of Roma Tre. Her research interests cover the tradition of the European novel and the novel in English, from the Eighteenth Century to the present. Her publications include Narrating the Passions. New Perspectives from Modern and Contemporary Literature (with B. Guilding, 2017); Postcolonial Shakespeare (with M. d’Amico, 2009), Automi, termometri, fucili (2004) and articles on Shakespeare, Ben Jonson, James Joyce, Martin Amis, Derek Walcott, V.S. Naipaul, J.M. Coetzee, and the myth of Robinson Crusoe. Her novel Capodanno al Tennis Club (2002) was awarded the Premio Mondello Opera Prima in 2003.

Zoe Papadopoulou is an artist who doubles as a tour guide at Highgate Cemetery. Her practice aims to engage a wide range of audiences in ethically challenging issues around illness, end of life, death and scientific research through workshops and direct participation. Her work takes many forms from writing to installation and performance and has been shown at the V&A museum, the Wellcome Trust, the ICA, the National museum of China, Science gallery in Dublin, Van Boijmans museum amongst others.

Jennifer Rushworth is Lecturer in French and Comparative Literature at UCL. She is the author of two books, Discourses of Mourning in Dante, Petrarch, and Proust (OUP, 2016) and Petrarch and the Literary Culture of Nineteenth-Century France (Boydell, 2017). For essays on Proust she received the Malcolm Bowie Prize 2015 and the Paragraph Essay Prize 2016.

Florian Mussgnug is Reader in Italian and Comparative Literature at University College London. He has published widely on 20th and 21st Century literature, with a particular focus on literary theory, experimental literature, and narrative prose fiction. His The Eloquence of Ghosts: Giorgio Manganelli and the Afterlife of the Avant-Garde (2010) was awarded the Edinburgh Gadda Prize in 2012. He is co-investigator for the five-year AHRC-funded research project “Interdisciplinary Italy 1900- 2020: Interart/Intermedia”.