Nazi-Nostalgia? Looking back on the 1970s Hitler Wave 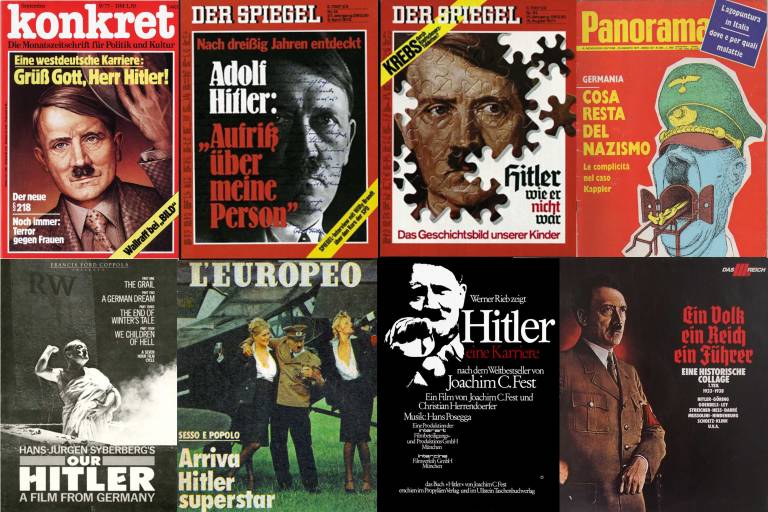 The IAS is delighted to welcome Dr Tobias Becker for this talk.

In the historiography of the German engagement with the Nazi past, the 1970s are usually a blank space, especially when compared to the 1960s and 1980s. However, the 1970s did see a major debate about the Nazi past under the title of the "Hitler nostalgia wave" (or "Hitler wave"). Fed by the omnipresence of Hitler in the mass media and popular culture as well as the simultaneous rise of neo-Nazi groups, it was less concerned with Nazi crimes and retribution than with the representation of Hitler and the Nazi period in the mass media and the question whether Germans were still susceptible to fascism. By reconstructing the discourse about the "Hitler wave", by examining its manifestations and by critically evaluating contemporary interpretations and putting them into historical context, Tobias Becker's paper makes a case for taking this debate more seriously.

Tobias Becker is a Research Fellow at the GHI London, where he works on the "nostalgia wave" in Britain, the United States and West Germany in the 1970s and 1980s. He also teaches history at University College London. Before joining the GHI in 2014, he did a PhD at Freie Universität Berlin as a member of a DFG/AHRC-project on the history of popular theatre. His publications include Inszenierte Moderne. Populäres Theater in Berlin und London, 1880-1930 (Berlin, 2014); Popular Musical Theatre in London and Berlin, 1890-1939 (ed. with Len Platt and David Linton; Cambridge, 2014); Weltstadtvergnügen: Berlin 1880-1930 (with Daniel Morat, Kerstin Lange, Johanna Niedbalski, Anne Gnausch and Paul Nolte; Göttingen, 2016); and Die Stadt der tausend Freuden. Vergnügungskultur um 1900 (ed. with Anna Littmann and Johanna Niedbalski; Bielefeld, 2011).