As Affiliate Fellow in the collaborative project 'Compromised Identities? Reflections on Complicity and Perpetration under Nazism' (2018–2021), Rafael is working on his second book, tentatively entitled ‘Concentration Camp Functionaries and Former Functionaries: The Example of Mauthausen, 1930s-1990s’. For this purpose, he is employing the biographies of SS and prisoner functionaries connected to the Mauthausen complex as a lens into continuities between different wartime and post-war Third Reich communities. In tracing changing conceptions towards functionaries between the period of National Socialism and the end of the Cold War, his work seeks to capture how the image of these two groups was negotiated and re-negotiated over time and space. Rafael is identifying functionaries who lived out their lives in post-war German societies, and whose biographies can be traced though Allied trial, clemency appeal, prison and parolee archival documents. These files promise to reveal differences across various localities with respect to their legacies and regarding the social, political and legal support that many exonerated suspects and rehabilitated war criminals enjoyed until the early 1990s. Rafael is also exploring the role of actors at the local level in helping former functionaries assimilate to new post-war realities, and in re-conceptualising private and public narratives of complicity, victimhood and perpetration.

Dr Rafael Kropiunigg holds a PhD in History from the University of Cambridge and an MSt in Modern European History from the University of Oxford. As part of his BA in Politics and Modern History, he studied at the universities of London and California. Dr Kropiunigg joined Women without Borders as a Senior Research Fellow in 2017 and UCL as an Affiliate Fellow in 2018. Prior to UCL and WwB, he was JB and Maurice C Shapiro Fellow at the US Holocaust Memorial Museum in Washington DC. Dr Kropiunigg has devoted his academic career to the study of the Holocaust and its aftermath. His doctoral research dealt with the cultural and political legacies of two National Socialist forced labour sites connected to the Mauthausen concentration camp complex. He has since also developed expertise in contemporary radicalisation, de-radicalisation and rehabilitation dynamics. Dr Kropiunigg is the author of the monograph Eine österreichische Affäre: Der Fall Borodajkewycz (Vienna, 2015), which is an extended version of his published article ‘The Rehabilitated Austrians’. 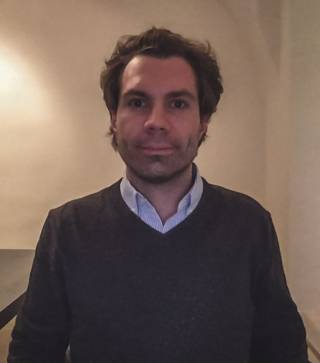