Dr Priyanka Basu is the Curator of the AHRC-funded research and digitisation project, ‘Two Centuries of Indian Print’ and the Interim Co-Head of the South Asia Collections at the British Library. She received her PhD degree from the Department of South Asia in SOAS. She was a recipient of the Felix Scholarship (2011-2014) awarded towards the completion of her doctoral thesis for which she conducted extensive fieldwork in India and Bangladesh (funded by the SOAS Postgraduate Fieldwork Award). She is currently finishing her manuscript based on her doctoral research – The Cultural Politics of Folk: Perspectives from Bangladesh and India – forthcoming from Routledge (South Asian History and Culture Series). She has taught at undergraduate and postgraduate levels at SOAS in courses on ‘South Asian Culture’, ‘Indian Cinema’, ‘South Asian Cultural Studies’ and the ‘Politics of Culture in Contemporary South Asia’. She has been running the British Library South Asia Seminar Series as part of the ‘Two Centuries of Indian Print’ project and has co-conducted digitisation workshops at the Asiatic Society Mumbai and IIT Indore in India. She has been an invited speaker at Harvard University, Michigan State University and Drexel University in the USA, Loughborough University, King’s College London, Ireland India Institute in Dublin, and Jadavpur University and Shiv Nadar University in India. She is an elected Member of the Royal Historical Society in the UK, a Fellow of the Royal Asiatic Society and a Visiting Scholar at the SOAS South Asia Institute. She is currently the Book Reviews Editor for the Journal of South Asian History and Culture and an Advisory Board Member on Gender and Intersectionality on Indian and Diasporic (GRID) Heritage (a collaboration between SOAS, the University of Sussex and JNU). Her research interests include print cultures and book history, performance histories, politics of folk cultures, gender and dance studies. She is trained in the Indian classical dance form of Odissi.

‘Staying On’: A Cultural History of the Touring Theatre Company, Shakespeareana in South Asia (1930-80)

My project is a cultural history of Shakespeareana, a touring theatre company that began with Entertainment National Services Association (ENSA) during World War II and continued to perform in South Asia intermittently until the 1980s. Shakespeareana, headed and managed by Geoffrey Kendal travelled the length and breadth of the Indian subcontinent as well as further East between 1930 and 1980. The Kendals started off initially as the Bragg & Liddell Company that was part of ENSA and was responsible for entertaining British troops stationed overseas during World War II. Following the end of the War, and the Partition and Independence of India, Shakespeareana was formed to perform primarily Shakespearean but also Victorian plays for school students, representatives of Indian princely states and local audiences in the erstwhile colonies. The company travelled actively and sometimes intermittently through the decades, glimpses of which have been captured in the fictionalised portrayal in the Merchant Ivory film – Shakespeare Wallah (1965).

Literary scholarship on the impact of Shakespeareana has been limited to autobiographies of company members. Additionally, the vast resources on ENSA artists have not considered performers’ own experiences in war zones. Finally, Shakespeare performances in South Asia have focused largely on language and translation, but not on cultural exchange and economic attributes. Such trends in scholarship fail to address the link between the colonial and post-colonial strands of theatre/performance, whereas Shakespeareana remains a unique case study of the association. The uniqueness of Shakespeareana lies in the diversity of South Asian venues where it performed (war fronts, schools, princely states) and how it mentored aspiring local English-educated students to be professional actors. Equally important are the voices of school students who watched and retain memories of those performances.

My research project is aimed at understanding the role of the theatre performer as an entertainer, educator and worker through the cultural history of Shakespeareana. It will explore how these roles emerged during the War and changed in its aftermath. Within the broader contexts of theatre histories, post-colonialism, popular performances and transnational cultural networks, this multi-disciplinary project is a key way to understand the interrelationship between British and South Asian heritage and culture. At its core this project will explore ENSA artist autobiographies, photographs, promotional material, letters and diaries of the actors, school yearbooks, princely state papers, English and vernacular newspaper reports on the troupe in South Asia, and oral interviews. Combining methodological tools from literary studies, historical analysis, performance and cultural studies, it will show how global events like War, Partition and end of colonial governance can be differently understood through artists, theatre troupes and theatre histories. 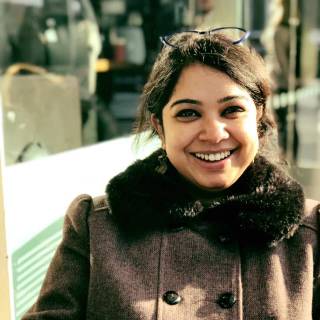