Paulo Bungart Neto is a DPhil in Comparative Literature (2007) and Associate Professor at UFGD in Brazil. He co-ordinated the Master’s Degree course in Linguistics and Literature at UFGD between September 2017 and September 2019. He has been publishing numerous chapters in edited works and articles in peer-reviewed journals about contemporary Brazilian literature in the last decade. At the moment, he researches testimonies, autobiographies and self-insertions in contemporary Latin-American and Brazilian literatures.

Dr Bungart Neto’s post-doctoral project, entitled ‘Brazilian Artists in London in the 1970s: Exile, Survival and Adaptation’, aims to investigate the production of memoir texts – especially memories, autobiographies, letters and diaries – written by Brazilian authors related to the counterculture and to the resistance against the military dictatorship which occurred in Brazil between 1964 and 1985. The research will emphasise the period in which writers such as Antonio Bivar and Caio Fernando Abreu, and musicians such as Caetano Veloso went into exile in London, mainly in the beginning of the 1970s.

The focus of his approach will be concentrated on the oscillation and ambiguity typical of the exiled artist, who tries to settle down in a new culture and language but, at the same time, misses their homeland, from which they were excluded for political or ideological reasons, most of the time against their will.

This project is directly related to the project entitled ‘Testimonies, Autobiographies and Self-Insertions in Contemporary Latin-American Literature’ that Dr Bungart Neto is developing at UFGD in Brazil, and it will consist of a bibliographical research, followed by analysis and diffusion of autobiographical and critical materials about Brazilians who were exiled in London during the 1970s. Apart from what has already been gathered from books published about this subject in Brazil, the purpose of the project is to find, in libraries such as the British Library, Senate House Library and UCL Library, unpublished data such as reviews, letters, memoirs, newspaper articles and so on. 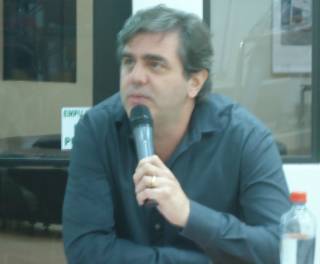