Olga Campofreda gained her PhD in Italian Studies from University College London.  Her thesis focused on the representation of youth as a form of cultural engagement in the writings of Pier Vittorio Tondelli.

She has worked as a language tutor at the Italian Cultural Institute of London since 2014 and she also teaches Italian language, culture and translation at the School of European Languages, Culture and Society (SELCS) at UCL. Since 2018, she has been involved in the organising committee of the Festival of Italian Literature in London (FILL).

As a researcher, she works on contemporary Italian literature with a special focus on youth and the coming-of-age novel (Bildungsroman). She is also interested in youth cultures, counterculture and gender studies. Among other publications, the article 'Young Writers: Anthologies as an Instrument to Discuss Italian Youth' was included in the special issue of the Journal of Modern Italian Studies (January 2018). In 2020 she published her first monograph, Dalla Generazione all’Individuo. Giovinezza, identità, impegno nell’opera di Pier Vittorio Tondelli (Mimesis, 2020), as a result of research during her PhD. The book includes two unpublished documents by Tondelli, discussed and analysed for the first time. The monograph has been widely reviewed in Italy (Corriere della Sera, Fahreneit Radio 3, La Balena Bianca, among the others) and has been shortlisted for the yearly 'quality selection' by the review L’Indiscreto (February 2021). For more information: https://ucl.academia.edu/OlgaCampofreda.

At the IAS, Olga will work mainly on her second book, currently titled Brilliant Friendships: Interpreting female coming of age novels by Italian women writers from Fascism to Berlusconi. The volume will investigate to what extent the main features of the women’s coming-of-age novel have been affected by the political, social and cultural changes which occurred during the 1970s. Consequently, the representation of female friendship, as presented by Italian women writers, will be explored as a crucial element in the construction of a feminist, engaged version of the Bildungsroman, traditionally being a conservative male dominated literary genre (Moretti 1999, Lazzaro-Weiss 1990).  Based on interdisciplinary analysis involving close readings through genre-based theories (Felski, Pratt), studies on gender representation (Haraway, Butler) and feminist theories (Lonzi, Wittig, Braidotti), the Brilliant Friendships project aims to analyse the evolution of the female coming-of-age novel in contemporary Italian literature and the representation of young women in Italian culture. 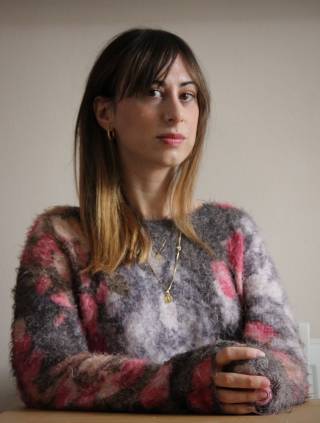