Maria Mytilinaki Kennedy is a theatre translation scholar, translator and dramaturg. Her research focuses on translations from Greek into English, particularly in the context of the European crisis. She is a translation reviewer for The Mercurian and her dramaturgy work includes contributions for the New York Shakespeare Exchange and the National Theatre of Northern Greece. She has translated and adapted English and Irish playwrights into Greek for younger audiences as part of her work in curriculum development in primary and secondary education in Greece. She regularly contributes to the Translation, Adaptation and Dramaturgy Working Group of the International Federation for Theatre Research, including an article in the recent publication of the group’s work Ethical Exchanges: Translation, Adaptation, and Dramaturgy. Other published work appears in The Mercurian, Performance Philosophy and Theatre History Studies. In her current project, she studies the uses of theatre translation in the formation of a national and/or European identity in the teaching of history as subject at all levels of education, as well as in community events and professional repertories for young audiences.

As a theatre translation specialist, concerned with asymmetrical power relations between English and minor European languages, Dr Mytilinaki Kennedy is interested in translation, performance, audience reception and European identities, particularly in light of the European crisis. In her doctoral thesis, she engaged with questions of Euroscepticism by focusing on theatre translation from Modern Greek into English through the examination of three plays translated early in the Greek crisis (2012-14). Translations from Modern Greek are relatively rare, but this understudied intercultural exchange is crucial to understanding past historical tensions around the question of East and West. During her time as an IAS Visiting Research Fellow, she will be working on a new chapter for her first book, in which she turns to the study of adaptations of canonical works in the 2019-20 London season. Following up on the theme of Euroscepticism in translation, in this section she will focus on performance of translations and adaptations of Greek plays into English for the London stage, looking primarily at ancient tragedy and comedy, but also contemporary Greek work in translation, that utilise classical themes to address issues of European identity, the current turbulent situation with the EU and the Brexit affair. 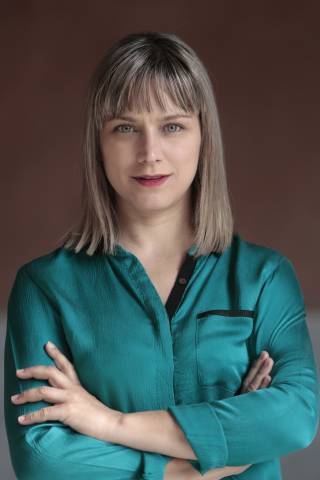