Juliana M. Pistorius is a music historian whose work examines the close relationship between Western art music, coloniality, and race. Music, as a form of soft power, plays a crucial role in the expansion and consolidation of colonial projects and in the racialisation of colonial subjects. Now, amid global crises of poverty, hunger, displacement and climate breakdown—all of which relate directly or indirectly to histories of empire—the use of music as a tool for national self-definition and civic empowerment cannot be separated from more sinister histories of racial profiling and social control. Juliana’s research engages this paradox to begin to understand the ambiguous political and ethical role of Western art music in the postcolony. Her PhD (Oxford, 2018) investigated the binary politics of complicity and resistance applied to the Eoan Group, a state-funded opera company for so-called ‘Coloureds’ under South Africa’s apartheid regime. As a Leverhulme post-doctoral research fellow (University of Huddersfield, 2018-2021) she completed a project on postcoloniality and cultural representation in South African artist William Kentridge’s operatic experiments. The resulting monograph, Postcolonial Opera: William Kentridge and the Unbounded Work of Art, is in progress. Juliana is a founding member of the international Black Opera Research Network (BORN) and reviews editor of Cambridge Opera Journal.

Project Description: Beyond Boycott: Musical Internationalism and the Making of Race in Apartheid South Africa
The international arts and sporting community’s response to Russia’s invasion of Ukraine has brought into sharp focus the power and politics of boycott movements. It is just the most recent manifestation of a longer tradition of civic campaigns such as the Palestinian Boycott, Divestment, and Sanctions (BDS) movement, #BlackLivesMatter, #MeToo, #RhodesMustFall, and numerous fossil fuel divestment drives. Artists and musicians, too, have contributed to these movements both as activists and through their work. But in a world where the arts are often celebrated for their capacity to promote peaceful dialogue, the confrontational nature of protest movements has prompted artists, scholars, and activists to ask, ‘How do cultural exchange and political activism intersect?’ ‘Beyond Boycott’ addresses this question from a historical perspective by turning to one of the most important precursors of current boycott movements: the global cultural boycott of apartheid South Africa (c.1954-1991). The proposed project develops a social and cultural history of the South African boycott, focusing especially on the hidden histories of Western art music performers—commonly described as ‘classical’ musicians—who defied sanctions to perform in the country. Through archival research, the project maps the extent of classical musicians’ boycott breaches, before asking how these performers interacted with the anti-apartheid movement, and how their appearances in South Africa contributed to a racial classification system that viewed culture as a marker of race. The project is hosted at IAS, with an outgoing phase at the University of the Witwatersrand, South Africa. 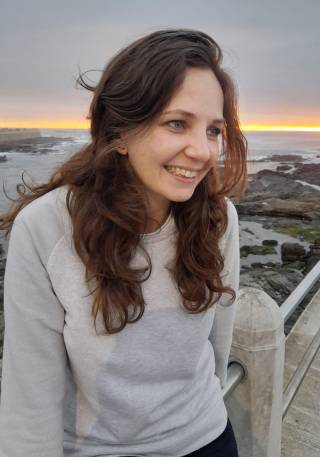