Daniel Lago Monteiro concluded his PhD in Literary Theory and Comparative Literature at the University of São Paulo, where he also obtained a Bachelor degree in History and a Master degree in Philosophy. During his PhD, he was welcomed as a visiting research student at the Department of English and Humanities in Birkbeck College, University of London, and, shortly after, he was a Fulbright scholar in Rutgers, The State University of Rutgers. He is now a postdoctoral scholar at the University of Campinas, Brazil, in the Institute of Languages Studies.

Dr Lago Monteiro’s project investigates the affinities between the essays of Charles Lamb (1775-1832), principally Essays of Elia, a serialized publication for The London Magazine, and the series of chronicles written by Machado de Assis (1839-1908) from the uniform behavior of a first person narrator who comments on daily incidents in light of his memories and life experiences. Either through pseudonyms or anonymity, both Lamb and Machado developed in their serialized publications a narrator who is partly a projection of themselves, and partly of a fictitious literary persona. This study therefore reexamines a debate dear to a generation of Brazilian intellectuals who dwelt on the formal affinities between the English periodical essay, also known as the familiar essay, and a specific kind of chronicle developed in 19th century Brazil. Both the familiar essay and Brazilian chronicles – as pointed out by the intellectuals Vinicius de Moraes, Afrânio Coutinho, Alexandre Eulálio, Eugênio Gomes, amongst others – are sharpened by the light, ironic, familiar, and confessional tone oriented towards the ephemerides of daily life. In the specific case of this research, on Lamb’s essays and Machado’s chronicles, the hypothesis is that the wide range of topics in these authors’ publications, gathered from the various paths and turns of their lives and through periodicals, agglutinates in a unifying voice that poetically reworks personal and collective memories. 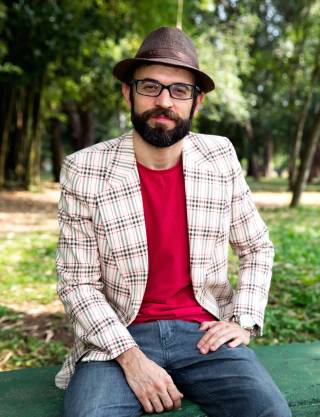