Dr Andrew Dean was an IAS Junior Research Fellow from 2018-20.

Andrew Dean undertook an undergraduate degree in English literature at the University of Canterbury in New Zealand. He completed his masters and doctoral degrees at the University of Oxford, where he was a Rhodes Scholar. Most recently, he was Stipendiary Lecturer in Victorian and Modern Literature at St John's College, Oxford. His research has been published in Beyond the Ancient Quarrel: Literature, Philosophy, and J. M. Coetzee (OUP 2017), and further work is forthcoming. He is also the author of the bestselling popular book, Ruth, Roger and Me: Debts and Legacies (Bridget Williams Books 2015). That work examines the lives and experiences of those brought up in the wake of New Zealand’s economic reforms of the 1980s and 1990s, and features interviews with major figures from the period.

Some of Andrew's previous work has explored how humour may disturb serious-minded claims about historical experience and appropriate kinds of remembering. While at the IAS, Andrew will develop this research, specifically by examining Jewish humour and its relationship with the novel as a form after 1945. For the authors he will be examining, this would likely be an unpromising endeavour - Saul Bellow once said that ‘literature didn’t germinate in jokes,' after all. Andrew will argue, though, that modern prose fiction has been identifiably marked by its intersection with these distinctively Jewish cultural expressions. Alongside this research, Andrew will convene seminars and run events which explore the institutions, cultures, histories, and psychologies of laughter. 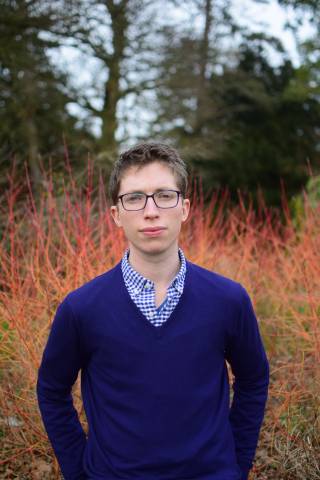