A UCL team has been working with Teledyne UK to design and optimise its products, establishing the company as Europe’s leading supplier of charge-coupled devices (CCDs) for space science. 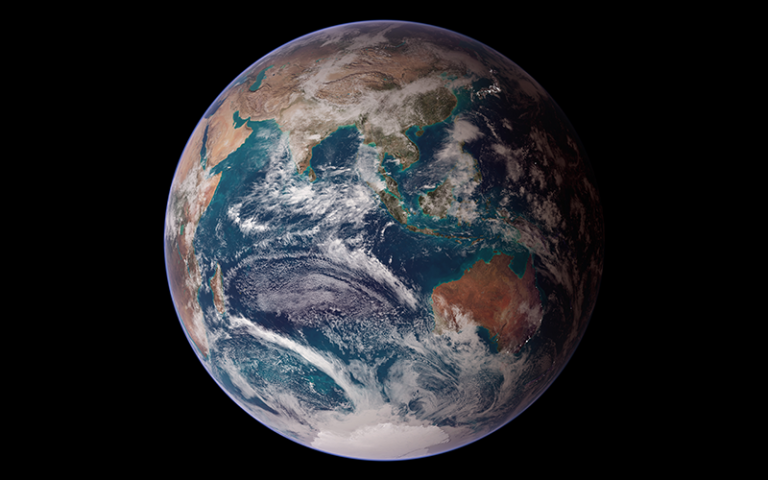 Charge-coupled devices are often the sensor of choice for space science missions, and their performance in the harsh conditions of space is critical to the mission’s success.

At the UCL Mullard Space Science Laboratory (MSSL), Professor Alan Smith and Dr Dave Walton have worked closely with the CCD manufacturer Teledyne UK (formerly T-e2v) for many years. More than 300 devices have been evaluated in MSSL’s specialist Instrument Science facilities, and the results have helped improve future generations of device, maximising their utility. The partnership has also helped the company win major contracts and enhance its standing in the space market.

The track record as Europe’s leading supplier of CCDs that Teledyne UK has secured as a result of the research collaboration is unrivalled, as David Morris (Chief Engineer, Space Imaging) at Teledyne UK explained: “The enhanced reputation and improved capability that this experience has built at Teledyne UK has made it possible for the company to be a credible supplier to the next ESA science missions.”

For example, MSSL research helped secure the selection of the ESA’s Euclid space telescope (currently being readied for launch to explore the dark universe), which has the second largest CCD focal planes ever built for space; and Gaia, the ESA’s optical telescope to chart a three-dimensional map of the Milky Way, which has the largest CCD focal plane ever built for space.

Since 2017, MSSL has begun to characterise 104 CCDs – double Gaia’s number - for the ESA’s PLAnetary Transits and Oscillations of stars (PLATO) mission, which will aim to find and study a large number of planets outside our solar system.

The industry-academic partnership works in a virtuous circle, where research insights into the physics behind CCDs and how their performance can be improved are shared, and understanding builds from project to project.

MSSL has improved Teledyne UK’s understanding of how to optimise CCD design to fit the requirements of space mission science and to ‘offer solutions rather than simply asking questions’.

MSSL’s strong technical liaison with the Lockheed Martin Solar Physics group enabled Teledyne UK to supply CCDs to several of its programmes and, as a result, the company has been able to work on CCD requirements for the NASA Explorer Mission IRIS (the Interface Region Imaging Spectrometer), Solar Terrestrial Relations Observatory and the National Oceanic and Atmospheric Administration’s Solar Ultraviolet Imager.

David Morris added: “The symbiotic relationship between the company and MSSL has led to an improved understanding at Teledyne UK of mission science requirements and their implications for CCD design.”

UCL Professor Alan Smith and Dr Dave Walton have helped secure new business for a company that makes optical sensors for use on scientific spacecraft, including a contract for the supply of CCDs to the European Space Agency’s PLATO mission. Their mutually beneficial relationship has helped the company, Teledyne UK, to design and optimise its products and establish itself as Europe’s leading supplier of CCDs for space science.