Shaping public understandings of women and the 1984-85 miners’ strike

An oral history project that collected interviews with over 100 women from coalfield communities across the country created a platform for recording, celebrating and preserving working-class voices. 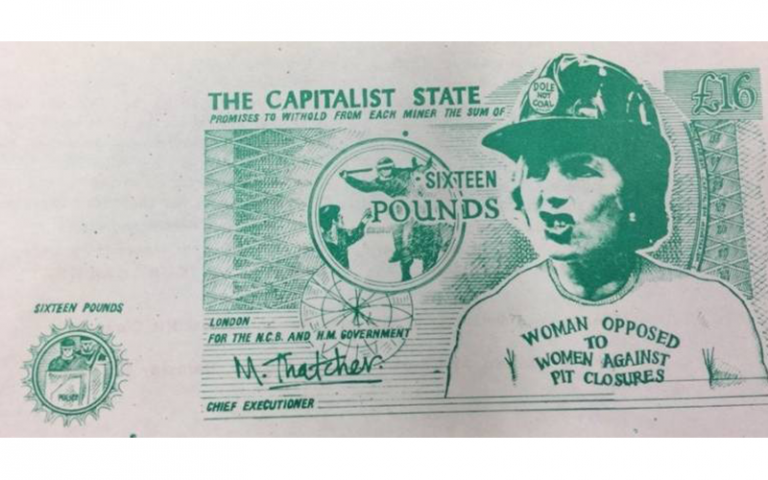 The 30-year anniversary of the 1984-85 miners’ strike in 2014 saw many triumphant public claims that the development of the movement of Women Against Pit Closures in the strike, far from being restricted to ‘class’ politics, stimulated a ‘feminist’ transformation in mining communities. Dr Florence Sutcliffe-Braithwaite at UCL and Dr Natalie Thomlinson at Reading University investigated this claim, using press accounts, archives, and both existing and new oral histories. Their 2018 article on Women Against Pit Closures demonstrated that this narrative gave a very partial picture of women’s experiences in the strike.

Telling the stories of women from mining communities

In 2018, Dr Sutcliffe-Braithwaite (PI) and Dr Thomlinson (Co-I) received a £200,872 AHRC grant for a major oral history project to interview over 100 women from coalfield communities across England, Scotland and Wales. The project’s oral history interviews and exhibition, with an accompanying exhibition essay, challenged dominant historical narratives.

The interviews were deposited with the National Coal Mining Museum (NCMM) for England, enabling their use by museum staff, researchers and the public. The NCMM especially valued the project’s recognition of the diversity of women’s experiences as beneficial for its public audiences. The NCMM curator concluded that the archive collection “will enhance our ability to make women’s history central to the Museum”.

Throughout 2018-2020, the project team organised 16 public participatory events (online, and in Aberdare, Barnsley, Bristol, Doncaster, Durham, Fife, London, Nottingham, Stirling and Wakefield), drawing 387 attendees. In 2019-20, drawing on research and their interviews to represent diverse stories about women’s experiences, Dr Sutcliffe-Braithwaite co-produced the ‘Women in the Miners’ Strike’ exhibition with the NCMM curator and interview participants. It launched in the NCMM’s Mining Lives gallery, on 29 February 2020. An accompanying online version attracted a global audience, including viewers from Australia, Finland, Greece, New Zealand, Norway, Spain and the US.

The exhibition launch was covered by Radio 4’s PM programme, regional ITV news, and a BBC Radio Kent feature on the project included two segments from the oral history interviews, bringing these narratives to a wider public audience. Dr Sutcliffe-Braithwaite was interviewed by VICE TV for an episode of the documentary series Rise Up which tells inspiring stories of socialist activism for audiences in the UK, US, France and Australia.

Women in the Miners’ Strike, an oral history project that collected interviews with over 100 women from coalfield communities across Great Britain, created a new platform for recording, celebrating and preserving working-class voices.

The project preserved this underrepresented heritage for wider audiences in the archive of the National Coal Mining Museum for England (NCMM). Participation changed how many women and men understood their own and others’ actions during the miners’ strike of 1984-85. Through interviews, a film, 16 public events and an exhibition based on this research, the project transformed how members of the public interpreted women’s actions in the miners’ strike.