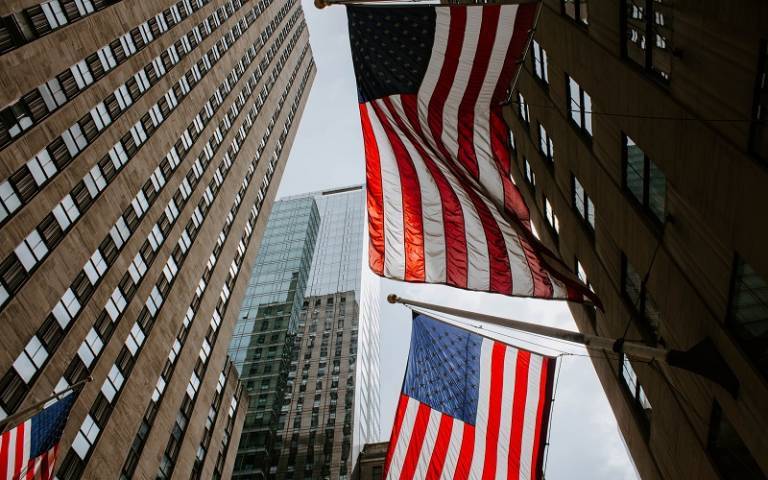 Dr Klaas has directly advised a series of high-profile international organisations about authoritarianism and elections, including NATO, the UK Foreign Office, and the UK Cabinet Office. His research into rigged elections, political exclusion in Africa, election security in vulnerable democracies, and authoritarian human rights abuses underpins his policy engagement with these groups.

In May 2019, Dr Klaas organised and gave the keynote address at a NATO conference in Naples, Italy about the potential consequences of climate change on the Middle East and North Africa. Drawing on his research including the publication How to Rig an Election, he spoke about challenges posed by authoritarian governments related to water scarcity along with exclusionary politics and the scramble for resources. As a result, NATO established a semi-permanent tracking capability that prepares for and seeks to mitigate the risks of conflict related to water scarcity in the region.

Public discourse around threats to democracy

Dr Klaas conducted two private and confidential briefings in February and July 2020 with senior leadership of the UK Foreign Office about American political polarisation and the Trump administration, drawing on his research on authoritarian populism and Trump’s repeated claims that the 2020 American elections would be rigged. FCO officials circulated these briefings to shape the UK Foreign Office’s 2020 long-term vision, which guides staff thinking about the major sources of geopolitical risk over the longer term.

An invitation to advise government officials and other policymakers at Wilton Park, an executive agency of the UK’s Foreign Office, arose from Dr Klaas’s Washington Post article on the threat of “deep fake” videos to democracy (14 May 2019, 130,121 unique page views by June 2019). Dr Klaas conducted a briefing at Wilton Park on 8 April 2019 and this expert testimonial formed part of a formal report compiled by Wilton Park staff. The report included specific recommendations for the UK government such as “Governments should consider how to confront the problem of ‘deep fake’ videos (convincing false videos of world leaders) and explore in depth whether influence operations are likely to become bolder, and escalate in the lead up to polling day”. In addition, Klaas has similarly advised the European Union, the Italian Foreign Ministry and the UK Department of International Trade.

Dr Klaas’s research has shaped political dialogue about democracy with global reach through over 500 media interviews since joining UCL in 2018, including appearances on major international news outlets in the UK and USA, and as a result of his weekly column in The Washington Post, which has over two million digital subscribers.

"FCO policy precludes providing any attribution for shifts in British foreign policy to outside advising, but the FCO attests that Dr Klaas’s “contributions have provoked thought and discussion among colleagues here” and noted the unusually high number of top-level directors who attended the two briefings.

Dr. Brian Klaas's research, consultancy, and briefings for global policymakers have led to improved election quality and security in the UK and in Ukraine, substantial public discourse around threats to democracy (particularly in the United States), NATO’s establishment of a semi-permanent tracking capability that prepares for and seeks to mitigate the risks of conflict related to water scarcity in the Middle East and North Africa, and more pressure on Madagascar’s government to improve human rights.