Professor Richard Mole’s research on queer migration formed the basis of expert affidavits supporting asylum claims by five Russian gays and lesbians who were granted refugee status in the US. 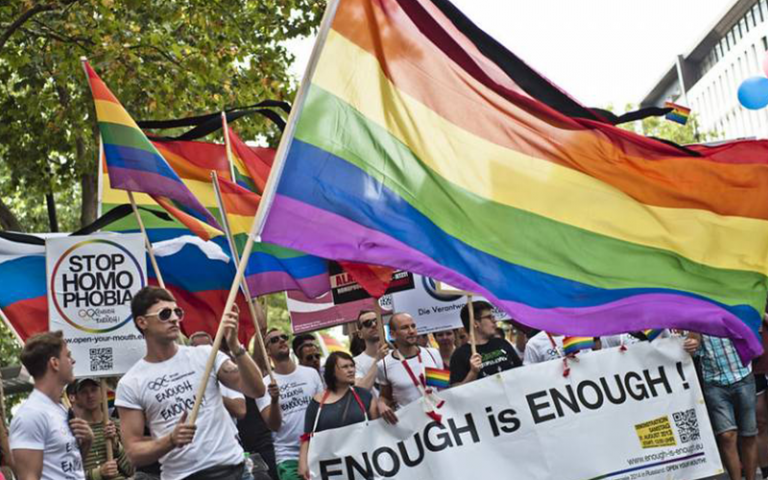 A significant increase in the number of Russian LGBTQ asylum seekers since the introduction of the so-called ‘gay propaganda law’ in 2013 created an urgent need for research-led interventions to enable judges in asylum cases to come to informed conclusions.

US immigration lawyers suggest that the majority of Russian asylum claimants are LGBTQ, although the precise number cannot be known; the US Department of Homeland Security does not disclose relevant figures and not all of those seeking political asylum self-identify as LGBTQ as a result of political and societal homophobia in Russia.

Professor Richard Mole’s (UCL School of Slavonic and East European Studies) research has had an impact on the outcomes of individual asylum hearings, individual asylum-seekers’ lives, and US legal practice.

Between 2016-2020, Professor Mole provided affidavits (research-led reports) in ten legal cases: four of these cases (relating to five individuals) have concluded, resulting in five Russian gays and lesbians being granted asylum in the Unites States.

Professor Mole’s research-led reports were central to judges’ decision-making: they provided detailed Country of Origin Information (COI) required to assess the credibility of claims and potential risks if the applicant were forced to return home, in these instances to Russia.

In one case, granting asylum resulted in the end of five months of detention, enabling the client to live and work in the United States and apply to become a lawful permanent resident. Moreover, according to his lawyers, ‘he is free to express his sexual orientation and identify as a gay man without fear of persecution’.

US law requires that asylum seekers demonstrate that they have experienced persecution, or will face persecution in the future, on account of one of five protected grounds. In one case, with Professor Mole’s assistance, lawyers were able to convince the asylum office that married Russian lesbian women met the three tests now required to establish a viable particular social group - the protected ground which LGBTQ claims typically fall under.

Professor Mole provided the Government of Canada’s Immigration and Refugee Board (IRB) with Country of Origin (COI) Information for Russia in respect of LGBTQ asylum-seekers, on which it made its asylum decisions.

His research makes COI information accessible for all parties involved in LGBTQ asylum hearings in Canada: between 1 January 2017 and 31 October 2020, the Refugee Protection Division of the IRB finalised 116,790 refugee claims. Of this number, 8,295 claims were identified with the LGBTQ claim type, which represented 7.1% of all claims finalised within the reporting period.

In addition, 129 LGBTQ claims were identified with "Russia" being their first country of persecution, which represented approximately 0.1% of all claims finalised within the same reporting period.

Professor Richard Mole’s research on queer migration from Eastern Europe to Germany and the UK (undertaken 2012-2016) formed the basis of expert affidavits in support of asylum claims by five Russian gays and lesbians who were granted refugee status in the United States.