Interpreting collective violence and its aftermath in Germany

Research by UCL’s Professor Fulbrook, Professor Bird, and Dr Rauch explores the effects of collective violence, living under dictatorial conditions and reverberations in the long aftermath. 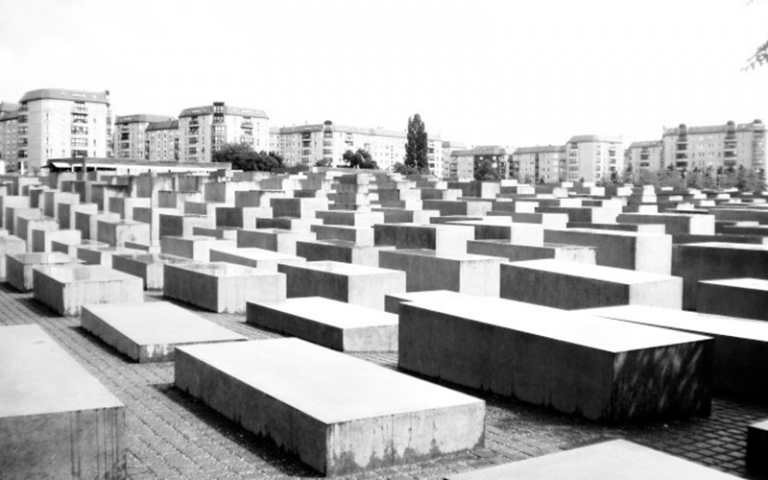 Professor Fulbrook, Professor Bird and Dr Rauch’s research illuminates issues including: questions of justice; power and social interactions; and the co-production of subjective interpretations and cultural representations under differing socio-political conditions. Researchers have worked both individually and collaboratively on an interdisciplinary project developing a multifaceted approach to understanding perpetration and complicity. The AHRC-funded collaborative project, ‘Compromised Identities? (2018-2021)’, explores ways in which individuals reflect on their own involvement in state-sponsored violence, both at the time and later, and how others have sought to deal with it; and it examines the compromises that states and societies enter into, in either justifying or seeking justice for acts of violence.

Aspects of the collaborative research project are presented in an online exhibition at www.compromised-identities.org, which in a six-month period in 2020 received 2,335 visitors from 71 countries worldwide. Connected events have been held for educators, third sector practitioners in museums, memorial sites and charities, students, scholars and members of the public, in conjunction with other organisations, including for example, in 2020: the Holocaust Exhibition and Learning Centre, Huddersfield; CPD full training day with the Holocaust Education Trust, Yad Vashem and Villa ten Hompel; and a public panel discussion with Hope Not Hate.

Professor Fulbrook’s Reckonings: Legacies of Nazi Persecution and the Quest for Justice (Oxford University Press, 2018) won the 2019 Wolfson History Prize celebrating ‘outstanding history’, as well as a Cundill Recognition of Excellence Award. The monograph explores the experiences and memories of people involved in Nazi persecution – whether perpetrators or victims – and examines post-war reckonings in the courts as well as in the private sphere, across communities and over subsequent generations. It highlights the gulf between public reckonings and private approaches to the past, and challenges particularly West Germany’s reputation for dealing with the Nazi past effectively. Professor Fulbrook has contributed to radio, film and television documentaries, reaching an audience of over 2,250,000 including, in 2020: the Belgian CANVAS ‘Children of the Holocaust’ series; the BBC World Service documentary ‘Germany: Justice and Memory’; and ITN Productions for VICE, ‘Rise Up! The Berlin Wall’.

Enhancing public understanding and interpretations of collective violence and its aftermath: Nazi and communist rule in Germany.

Research by Professor Fulbrook, Professor Bird, and Dr Rauch explores how people become involved in collective violence; how they reflect on and are changed by living under dictatorial conditions; and reverberations in the long aftermath. Through an online exhibition, workshops for teachers, educators and other practitioners, and extensive media coverage (reaching over six million people globally), this research has enhanced knowledge and deepened public understanding of involvement in collective violence and its aftermath, particularly in relation to the Holocaust and the German dictatorships; and influenced the work of practitioners, educators and other professionals.