UCL researchers have worked with health boards and government departments to help them reliably interpret evidence to properly inform decision-making and improve evidence use. 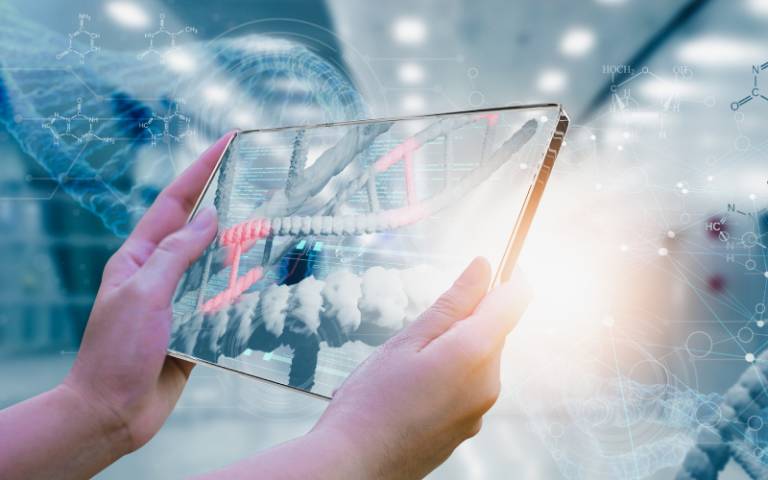 Professor Phyllis Illari and Dr Brendan Clarke are based in the UCL Department of Science and Technology Studies. Their work explores the diverse types of evidence obtained from biological and social mechanisms and systems, and how these are used for multiple purposes.

Dr Clarke and Professor Illari worked alongside practitioners and policy-makers to impact evidence assessment methods in healthcare, and ethics frameworks for data science and AI in public bodies.

Their research increased the plurality of evidence taken into account in formal evidence assessment methods in healthcare, including or improving attention to evidence of mechanism, increasing the fitness of evidence for multiple purposes.

From 2015-18, Dr Clarke and Professor Illari worked on a collaborative project with stakeholders from the International Agency for Research on Cancer (IARC) and the National Institute for Health and Care Excellence (NICE).

This team developed a methodology to show how formal evidence assessment frameworks can take account of evidence of mechanism for multiple purposes. Project members then sat on formal consultations with IARC and NICE on their methodologies for evidence assessment, and submitted written material to them recommending inclusion of evidence of mechanism. This led to both organisations changing their methods to reflect the project findings.

Following this, Professor Illari was appointed from Sept 2016-20 as a founder member of the Data Ethics Group (DEG) of the Alan Turing Institute, the UK’s flagship Institute for Data Science and AI. The DEG has been consulted by many significant UK public bodies, so that, with the DEG’s interdisciplinary team, Professor Illari has improved attention to plural evidence and reactivity in national approaches to data ethics.

Public bodies, such as health boards or government departments, must reliably interpret evidence to properly inform their decision-making. Professor Phyllis Illari and Associate Professor Brendan Clarke’s work explores the diverse types of evidence obtained from biological and social mechanisms and systems, and how these are used for multiple purposes. This has impacted on 1) international methodologies for evidence assessment in health by increasing the plurality of evidence they use, particularly evidence of mechanisms (NICE, IARC), and on 2) UK ethical frameworks for AI and data science by improving their evidence use, particularly their attention to anticipating and monitoring how systems including populations react to new ethics frameworks (Cabinet Office, DCMS, West Midlands Police, the NHS).