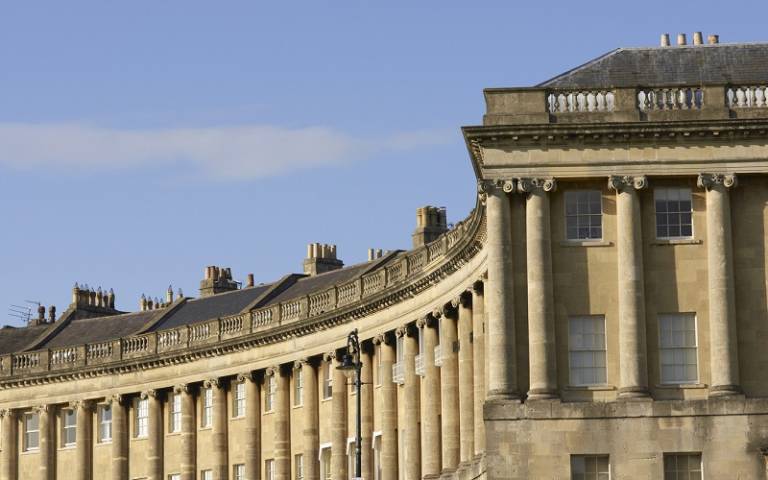 Professor Mullan’s knowledge and expertise on Austen’s writing is long established and highly respected. He has published a leading critical monograph on Austen, What Matters in Jane Austen? Addressed to both an academic audience and the general reader, the monograph sold over 8,000 copies globally between 1 August 2013 and 31 December 2020.

Professor Mullan’s Austen research has been featured on respected cultural broadcasting outlets, raising audience awareness of the novelist’s innovativeness. In 2020, his series of six audio-essays on each of Austen’s novels featured on Front Row, which averages 2.21million listeners per week.

His research informed BBC Radio 4’s Equal As We Are (with playwright Laura Wade, on marriage proposals in Austen), which led to his further collaboration with the playwright. From 3 November to 1 December 2018, Laura Wade’s play The Watsons, based on Austen’s unfinished novel of the same title, showed to a total audience of approximately 6510 at the Chichester Festival Theatre. Professor Mullan supplied the programme notes for the production which drew on his in-depth knowledge of Austen’s works to situate Wade’s completion of The Watsons in a long tradition of Austen adaptation and appropriation. 2,553 copies of the programme were sold.

Professor Mullan has brought a new interest in Austen’s techniques to literary festivals and Austen societies from Nova Scotia to Moscow. A total audience of over 6,000 at 36 events have benefited from a refined sense of Austen’s place in the development of the British novel and an explanation of her contemporary relevance

His research influenced the design of the Royal Mint’s bicentenary £2 coin and shaped the depiction of social codes in Netflix’s Bridgerton. In 2019, because of his Austen expertise, Professor Mullan was invited by Netflix to advise on the series Bridgerton, set in London in 1813. The series premiered December 25, 2020, reaching 63 million households in 1 week. Drawing on his monograph, he advised the programme’s Executive Producer on social codes such as habits of address and courtship conventions. Mullan is named in the programme credits.

Quote: The playwright Laura Wade asked the cast and director, Samuel West, of her play The Watsons to read Professor Mullan’s monograph What Matters in Jane Austen. Each actor was assigned a chapter and in rehearsal presented their findings from their reading to the rest of the cast. Wade explains that reading Professor Mullan’s monograph enabled the cast to form ‘a consensus about the world that they’re existing in and also a consensus about themselves as characters in Jane Austen’.

Professor John Mullan’s research has deepened understanding of Austen’s work for sizeable audiences at literary festivals and a further 3,600,000 people via varied media outlets. His research brought a new understanding of Austen’s writing for actors in Laura Wade’s critically acclaimed play The Watsons and the 12,800 theatre-goers who saw it in Chichester and London. His research influenced the design of the Royal Mint’s bicentenary £2 coin and shaped the depiction of social codes in Netflix’s Bridgerton. Professor Mullan has changed the way Austen is taught in schools and contributed popular new learning resources to the British Library’s ‘Discovering Literature’ website.