Empowering theatre professionals to advocate for translation in the arts

The interlocking projects of Judith Beniston and Geraldine Brodie have increased the visibility of translation as a widely practised and socially significant phenomenon within the UK theatre sector. 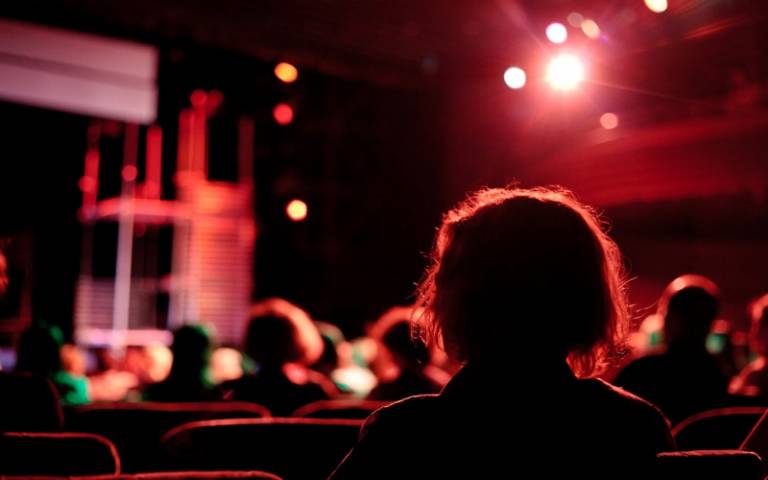 In ‘The Translator on Stage’, Professor Brodie argues that the concept of translation in theatre should not be restricted to language expertise, but be expanded to include collaborating theatre practitioners. The book was nominated for the TaPRA Early Career Researcher Prize 2018. As co-investigator of the AHRC-funded ‘Digital Critical Edition of Selected Middle-Period works by Arthur Schnitzler (1862–1931)’ (2014–19), Dr Beniston contributed to the edition of the ‘Marionetten’ cycle and is lead editor for ‘Professor Bernhardi’.

Schnitzler’s ‘Professor Bernhardi’, last seen in the UK in 2005, is a very substantial work that offers the opportunity to create distinctively different performance texts.

In May 2018, Dr Beniston collaborated with the Austrian Cultural Forum, London to organise ‘Adapting Schnitzler’, which brought together theatremakers, academics and others to workshop a staging concept and translation brief for ‘Der tapfere Cassian (1904)’, a one-act puppet play that is part of the ‘Marionetten’ cycle.

Improving translation for the theatre industry

The events attracted 140 participants, representing 16 languages in addition to English: actors, directors and translators came together with academics to explore and reflect on the use of translated texts in their working practices, a training experience especially valuable for early-career practitioners.

Dr Beniston is one of the people thanked in the acknowledgements to the published playtext, for having ‘shared their expertise, and offered thoughts and notes on the script in its various drafts’ and contributed an essay to the theatre programme.

Theatre Translation at UCL: generating and supporting creative cultural transfer; and empowering theatre professionals to advocate for the importance of translation in the arts.

The interlocking projects of Judith Beniston and Geraldine Brodie have increased the visibility of translation as a widely practised and socially significant phenomenon within the UK theatre sector, both in systemic terms and by promoting English-language translations of a specific Austrian dramatist: Arthur Schnitzler (1862–1931).