A unique project has enlisted and trained thousands of people to recognise, monitor and record the nation’s disappearing coastal heritage treasures, from prehistoric trackways to WWII pillboxes. 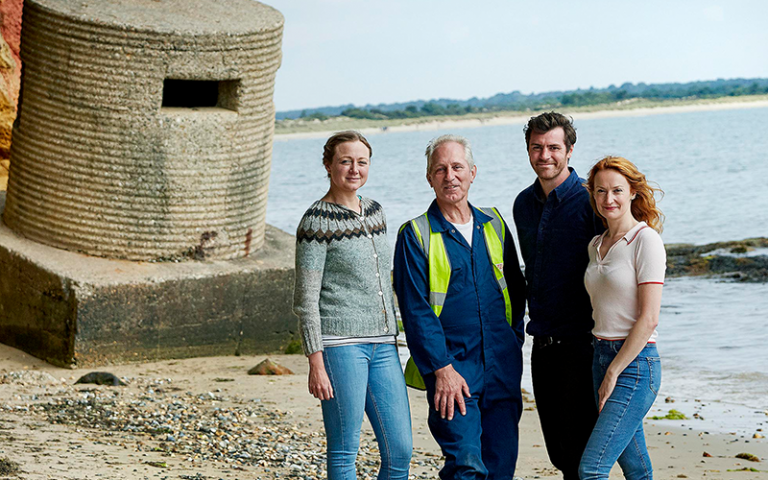 Britain is slowly shrinking: every year, more of our coast is eroded away by wind, waves and storms - and precious archaeology is washed away with it. To date there has been no standardised system in place to record these vulnerable sites in detail or to monitor their fate over the longer term.

UCL’s Gustav Milne has spent his 45-year research career confronting the effects of changing sea levels on waterfront archaeology. His most recent efforts have been focused on developing innovative ‘citizen science’ approaches to collecting data on coastal archaeology.

This work evolved to create CITiZAN, a nationwide citizen science programme which has trained thousands of people to recognise, research and record vanishing coastal heritage. CITiZAN has provided a standardised survey and monitoring methodology which is applicable to all English coastline, and has generated a network of keen citizen surveyors with the skills, commitment and support to record and monitor fragile and threatened coastal sites.

Budding amateur archaeologists can attend in-person training and fieldwork sessions (over 120 have been run to date), or train digitally via CITiZAN’s website and app. More than 120,000 people have visited the project website and there are 3,640 registered app users.

At the Mersea Island Discovery Programme in Essex, a well-preserved Bronze Age trackway, a circular timber structure, a submerged 4,000-year-old woodland and three Anglo-Saxon fish traps have been discovered and recorded. These finds have captured the imagination of local people, who have raised over £6,000 to fund a new permanent exhibit to house the Bronze Age trackway.

The data collected by volunteers has allowed CITiZAN staff to generate 23 reports, and CITiZAN’s partners, which include the Council for British Archaeology and Historic England (HE), the National Trust and the Crown Estate, use the data collected to mitigate erosion damage.

Following discovery of the trackway, for example, HE refused to grant permission to a large shingle recharge project on the local estuary until further archaeological survey had been carried out. In 2019, HE pledged £90,000 to fund collaborative fieldwork programmes, precise surveys and sampling for environmental analysis across CITiZAN sites deemed to be at highest risk for targeted excavation.

The project has been widely recognized for its contributions to community archaeology, including winning the 2018 British Archaeological Awards, jointly with SCAPE, for Best Community Engagement Archaeology Project.

Gustav Milne’s Coastal and Intertidal Zone Archaeological Network (CITiZAN) has enlisted and trained thousands of members of the public to recognise, monitor and record the nation’s disappearing coastal heritage treasures, from prehistoric trackways to WWII pillboxes. Through the popular Channel 4 series 'Britain at Low Tide', the acclaimed CITiZAN project has raised public awareness of threats to coastal heritage, and the project’s data collection efforts have contributed to erosion damage mitigation.