Professor Maria Wyke’s research focuses on the representation of classical antiquity on film and has had an impact in the UK, Europe, Australia, and the USA. 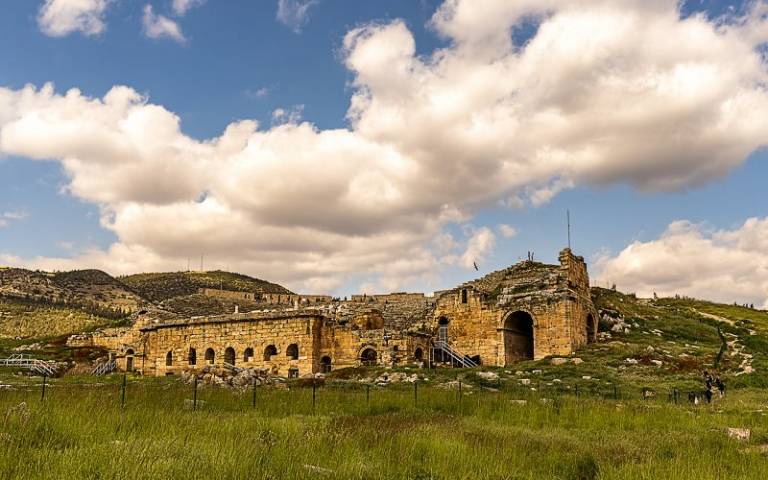 Professor Maria Wyke’s research focuses on the representation of classical antiquity on film, an area in which she is recognised as a world-leader having stimulated the establishment of ancient Greece and Rome on Film as a sub-discipline of classical studies. Professor Wyke’s investigations have led directly to improvements in the cataloguing of silent films about ancient Greece and Rome, where prints were previously unidentified or incorrectly identified. In 2014 - 2019, she advised archivists at the Australian National Film & Sound Archive (NFSA), the British National Film Archive (NFA), the Pathé-Gaumont archive, the Cinémathèque française (CF), and the Library of Congress.

In 2013, Professor Wyke was instrumental in establishing an annual strand of antiquity screenings at the Bologna Film Festival, Il Cinema Ritrovato. This is the largest international festival of archival films, attracting historians of film, archivists, cinema managers, and film fans (in 2016, there were 3,500 delegates from over 50 countries, and 100,000 attendees overall). In 2014 and 2016, the Co-Director of the Festival organised two days of screenings of antiquity films (total audience 520), and Professor Wyke co-organised the associated workshops (total participants 120). Professor Wyke contributed advice and comment on the selection of films and the themes which tied them together, provided entries in the festival catalogues, led the organisation of the workshops, and co-led the discussion with festival audiences.

Professor Maria Wyke’s research focuses on the representation of classical antiquity on film and has had an impact in the UK, Europe, Australia, and the USA on the curation, restoration, exhibition, and appreciation of films set in classical antiquity. Her research has benefitted the British Film Institute and other film archives internationally through its improvements to cataloguing and its stimulation of the restoration of fragile prints. It has informed the exhibition of rare films by programmers for cinemas, museums, universities, and film festivals, while musicians have expanded their expertise accompanying her guided screenings with new compositions or improvised performances. Audiences of her guided screenings have gained access to, and profoundly enriched their understanding of, unfamiliar representations of the ancient world in cinema. For university teachers and students in the UK, Australia and the USA, her research has provoked expansion of the traditional curriculum to embrace antiquity on film.