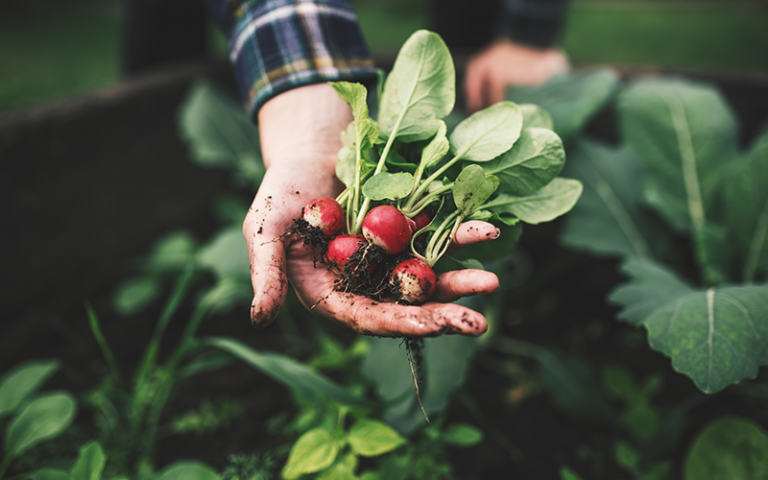 Dr Theano Moussouri is Associate Professor in Museum Studies at the UCL Institute of Archaeology. Her research into how museum visitors engage with resources in public spaces such as aquariums, zoos, botanical gardens and museums has opened new ways to reach under-represented groups.

Understanding that learning is shaped by individual interests, attitudes, and emotions as well as cultural contexts, Dr Moussouri has demonstrated how diverse methods like digital storytelling, automated data collection and observation can be used/employed to connect with new audiences.

The events ran in 14 European botanic gardens, and one in Uganda, bringing together project partners and the public using collaborative methods such as video recording, co-created exhibitions, and science café events about food security.

Through collaboration and discussion, BigPicnic helped the public to better understand food security issues and allowed attendees to express opinions in a potentially sensitive topic in a supportive environment.

Taking part in BigPicnic empowered citizens to see themselves as co-creators of sustainable food futures: between 2016 and 2018 there were 15 co-created exhibitions, which attracted 180,000 visitors, and 92 science cafes with 6,982 visitors.

The project has helped botanic gardens forge strong relationships with local communities, for example the Meise Botanic Gardens in Belgium has created links with the African Diaspora, who now host their Agrofood forum in the Garden, where once they had considered it uninviting and exclusive.

Findings from the events demonstrated the cultural value of food and its status as a form of cultural heritage. Participants associated food security with cultural security and longevity, while they saw threats to food systems as a threat to maintaining humanity. Despite this, the role of food heritage in food security is often overlooked in food and sustainable development policy.

As part of a consultation over Scotland’s ambition to become a Good Food Nation, BigPicnic’s findings were presented to Scottish Parliament leading to a Parliamentary visit to the Royal Botanic Garden Edinburgh to learn about BigPicnic’s methods.

The Scottish Parliament went on to train 20 staff in participatory skills derived from the workshop. These staff members later worked collaboratively to produce 19 short films as evidence for the Equalities and Human Rights Committee to inform their inquiry into a Protection Act for women affected by Female Genital Mutilation [FGM]. These techniques allowed the women affected to tell their stories anonymously and the testimonies gathered were influential in the introduction of the FGM Bill in May 2019.

Shaping the debate on food justice

Food justice and activism initiatives have blossomed from Dr Moussouri’s participatory approaches, from a social enterprise in Rwanda supporting over 170 smallholding coffee growers to a campaign to save local community food initiatives in Edinburgh that were under threat from local authority cuts.

A UCL-devised participatory research project using botanic gardens to educate the public about the links between food security, climate change and plant diversity has shaped debate and policy, changed citizens’ relationship with food and food choices and influenced botanic garden staff to engage with new communities.