A re-evaluation of hominin diversity in the 1.5 million year old Okote Formation, Kenya

The newly described partial skeleton of Paranthropus boisei KNM-ER 47000 as well as the FwJj14E Ileret footprints provide new evidence on the paleobiology and diversity of hominins from the Okote Member of the Koobi Fora Formation at East Turkana about 1. 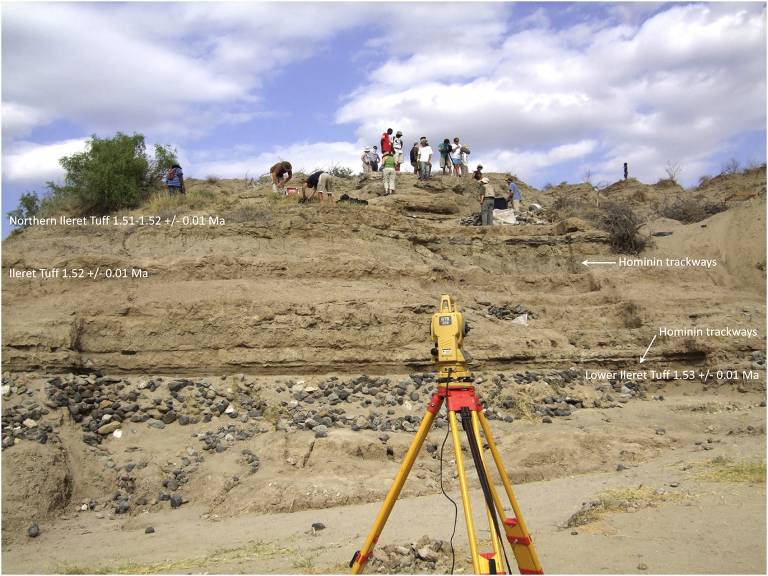 5 Ma. To better understand the ecological context of the Okote hominins, it is necessary to broaden the geographical focus of the analysis to include the entire Omo-Turkana ecosystem, and the temporal focus to encompass the early Pleistocene. Previous work has shown that important changes in the regional vegetation occurred after 2 Ma, and that there was a peak in mammalian turnover and diversity close to 1.8 Ma. This peak in diversity included the Hominini, with the species P. boisei, Homo habilis, Homo rudolfensis, and Homo erectus co-occurring at around 1.8 Ma. There is considerable debate about whether H. habilis and H. rudolfensis indeed constitute separate species, but even if we consider them both as H. habilis sensu lato, the co-occurrence of three hominin species at any one time and place is rather unusually high diversity for hominin standards (even if not so for other mammalian groups such as suids, bovids, or cercopithecids). Here we use mammalian faunal abundance data to place confidence intervals on first and last appearances of hominin species in the early Pleistocene of the Omo-Turkana Basin, and use these estimates to discuss hominin diversity in the Okote Member. We suggest that in the early Pleistocene a wide range of depositional environments and vegetation types, along with a high frequency of volcanism, likely maintained high levels of environmental variability both in time and space across the Omo-Turkana region, and provided ecological opportunities for the coexistence of at least three hominin species alongside a diverse mammalian fauna.