It's taken over half a century, but the Regourdou 1 hominin foot has finally been described and comparatively assessed

Regourdou is a well-known Middle Paleolithic site which has yielded the fossil remains of a minimum of two Neandertal individuals. 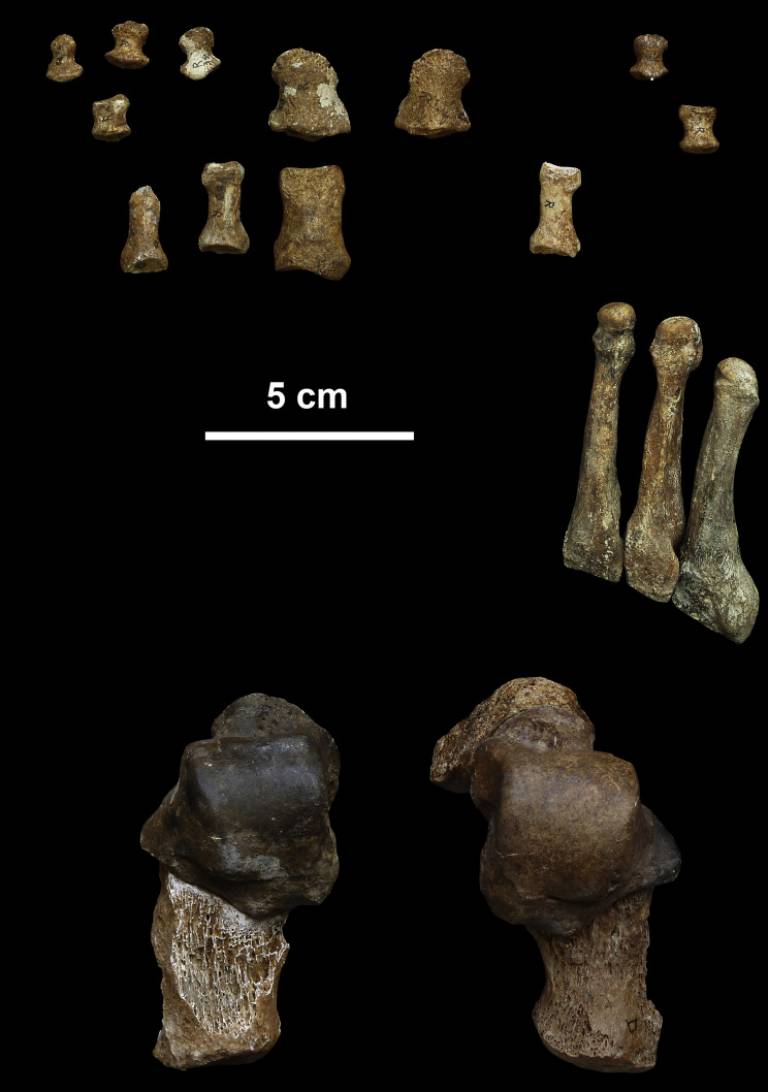 The first individual (Regourdou 1) is represented by a partial skeleton while the second one is represented by a calcaneus. The foot remains of Regourdou 1 have been used in a number of comparative studies, but to date a full description and comparison of all the foot remains from the Regourdou 1 Neandertal, coming from the old excavations and from the recent reanalysis of the faunal remains, does not exist. Here, we describe and comparatively assess the Regourdou 1 tarsals, metatarsals and phalanges. They display traits observed in other Neandertal feet, which are different from some traits of the Sima de los Huesos (Atapuerca) hominins and of Middle Paleolithic, Upper Paleolithic and recent modern humans. These Neandertal features are: a rectangular talar trochlea with a large lateral malleolar facet, a broad talar head, a broad calcaneus with a projecting sustentaculum tali, a wide and wedged navicular with a projecting medial tubercle, large and wide bases of the lateral metatarsals, and mediolaterally expanded and robust phalanges that also show hallux valgus in a strongly built hallux.