Objectives: A nearly complete hominin fossil cranium from Dali in Shaanxi Province, China was excavated in 1978. 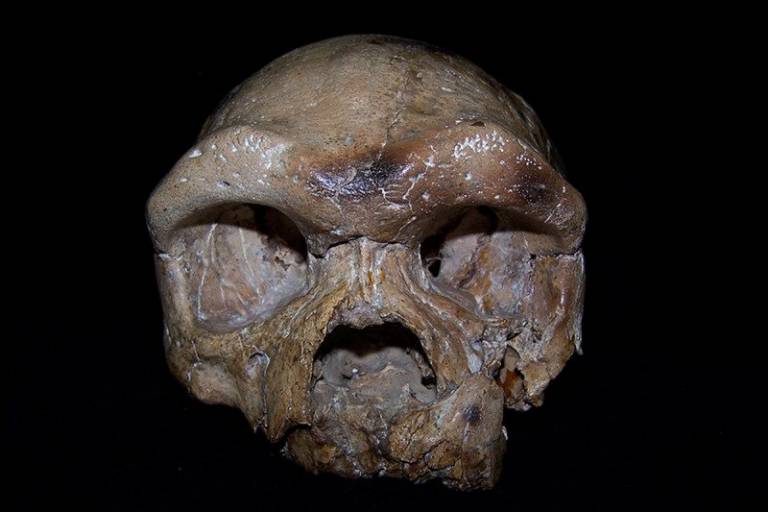 We update and expand on previous research by providing a multivariate analysis of the specimen relative to a large sample of Middle and Late Pleistocene hominins.

Materials and Methods: We apply principal components analysis, discriminant function analysis,and a method of assessing group membership based on a soft independent model of class analogy(SIMCA) to the study of Dali's cranial morphology. We evaluate Dali's affinities within the context of Middle and Late Pleistocene Homo patterns of craniofacial morphology.

Results: When just the facial skeleton is considered, Dali aligns with Middle Paleolithic H. sapiens and is clearly more derived than African or Eurasian Middle Pleistocene Homo. When just the neuro-cranium is considered, Dali is most similar to African and Eastern Eurasian but not Western European Middle Pleistocene Homo. When both sets of variables are considered together, Dali exhibits a unique morphology that is most closely aligned with the earliest H. sapiens from North Africa and the Levant.

Discussion: These results add perspective to our previous view of as Dali a "transitional" form between Chinese H. erectus and H. sapiens. Athough no taxonomic allocation is appropriate at this time for Dali, it appears to represent a population that played a more central role in the origin of Chinese H. sapiens. Dali's affinities can be understood in the context of Wu's Continuity with Hybridization scenario and a braided-stream network model of gene flow. Specifically, we propose that Pleistocene populations in China were shaped by periods of isolated evolutionary change within local lineages at certain times, and gene flow between local lineages or between Easternand Western Eurasia, and Africa at other times, resulting in contributions being made in different capacities to different regions at different times.

A multivariate assessment of the Dali hominin cranium from China: Morphological affinities and implications for Pleistocene evolution in East Asia