New discoveries and dating of fossil remains from the Rising Star cave system, Cradle of Humankind, South Africa, have strong implications for our understanding of Pleistocene human evolution in Africa. 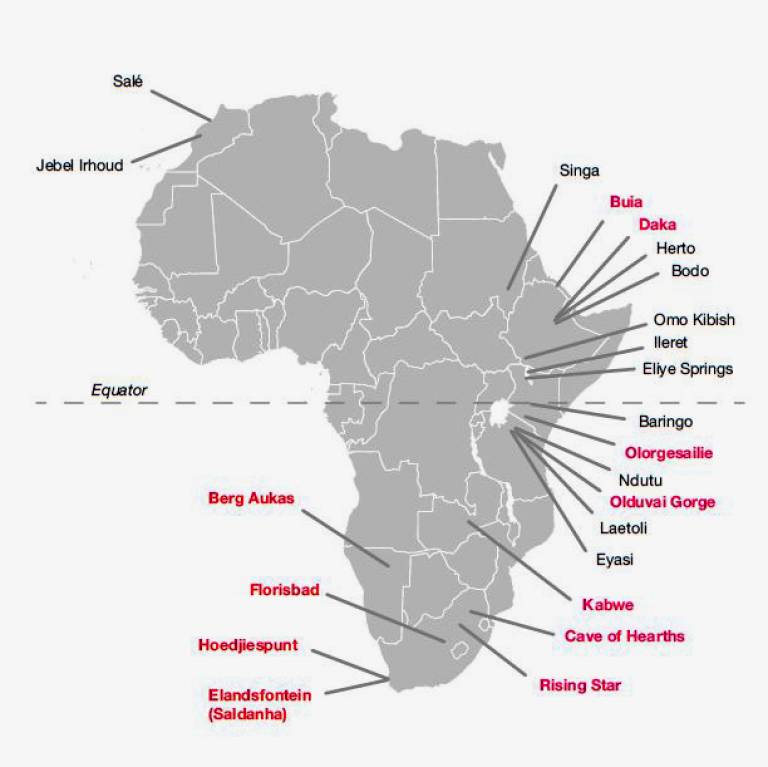 Direct dating of Homo naledi fossils from the Dinaledi Chamber (Berger et al., 2015) shows that they were deposited between about 236 ka and 335 ka (Dirks et al., 2017), placing H. naledi in the later Middle Pleistocene. Hawks and colleagues (Hawks et al., 2017) report the discovery of a second chamber within the Rising Star system (Dirks et al., 2015) that contains H. naledi remains. Previously, only large-brained modern humans or their close relatives had been demonstrated to exist at this late time in Africa, but the fossil evidence for any hominins in subequatorial Africa was very sparse. It is now evident that a diversity of hominin lineages existed in this region, with some divergent lineages contributing DNA to living humans and at least H. naledi representing a survivor from the earliest stages of diversification within Homo. The existence of a diverse array of hominins in subequatorial comports with our present knowledge of diversity across other savanna-adapted species, as well as with palaeoclimate and paleoenvironmental data. H. naledi casts the fossil and archaeological records into a new light, as we cannot exclude that this lineage was responsible for the production of Acheulean or Middle Stone Age tool industries.