The understanding of Neanderthal societies, both with regard to their funerary behaviors and their subsistence activities, is hotly debated. 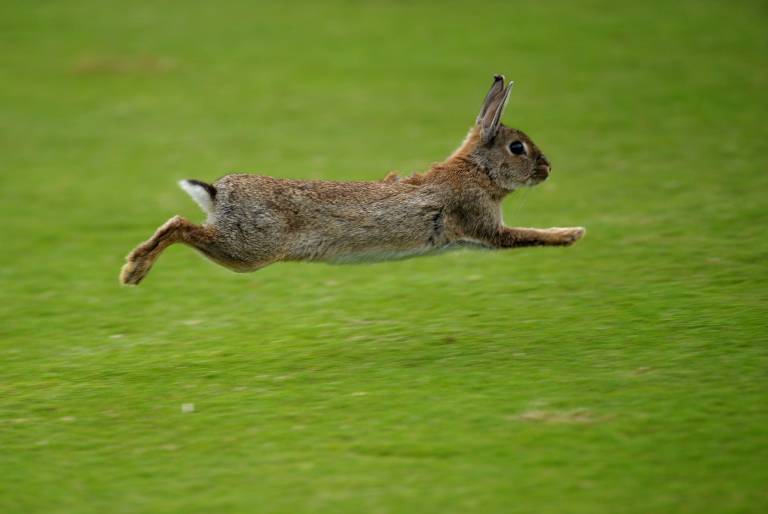 Old excavations and a lack of taphonomic context are often factors that limit our ability to address these questions. To better appreciate the exact nature of what is potentially the oldest burial in Western Europe, Regourdou (Montignac-sur-Vézère, Dordogne), and to better understand the taphonomy of this site excavated more than 50 years ago, it is reported in this contribution a study of the most abundant animals throughout its stratigraphy: the European rabbit (Oryctolagus cuniculus). In addition to questions surrounding the potential bioturbation of the site's stratigraphy, analysis of the Regourdou rabbits could provide new information on Neandertal subsistence behavior. The mortality profile, skeletal-part representation, breakage patterns, surface modification, and comparison with modern reference collections supports the hypothesis that the Regourdou rabbit remains were primarily accumulated due to natural (attritional) mortality. Radiocarbon dates performed directly on the rabbit remains give ages ranging within the second half of Marine Isotope Stage 3, notably younger than the regional Mousterian period.The rabbits dug their burrows within Regourdou's sedimentological filling, likely inhabiting the site after it was filled. The impact of rabbit activity now brings into question both the reliability of the archaeostratigraphy of the site and the paleoenvironmental reconstructions previously proposed for it, and suggests rabbits may have played a role in the distribution of the Neandertal skeletal remains.

Rabbits in the grave! Consequences of bioturbation on the Neandertal "burial" at Regourdou (Montignac-sur-Vézère, Dordogne)