Australopithecus sediba is represented by well-preserved fossilized remains from the locality of Malapa, South Africa. 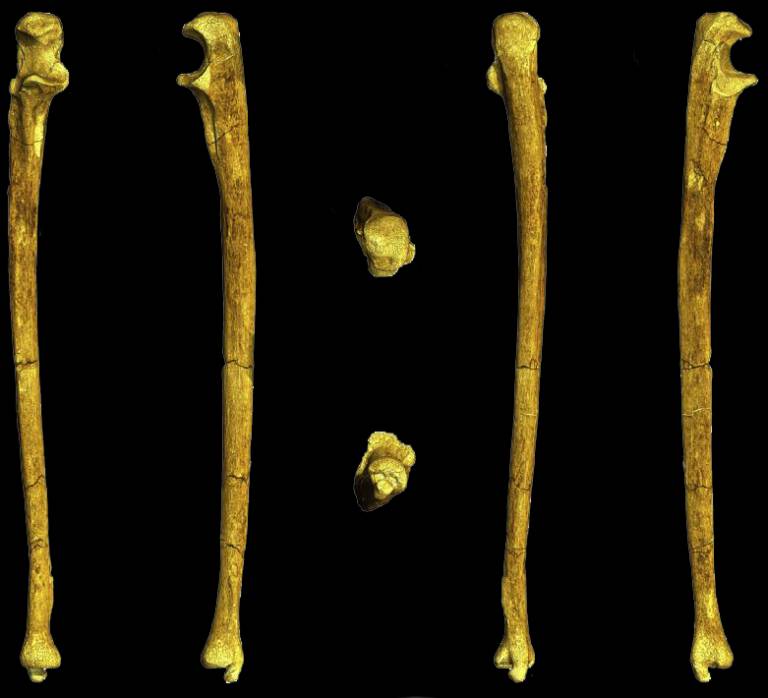 Recent work has shown that the combination of features in the limb skeleton of A. sediba was distinct from that of earlier species of Australopithecus, perhaps indicating that this species moved differently. The bones of the arm and forearm indicate that A. sediba was adapted to suspensory and climbing behaviors. A geometric morphometric approach was used to examine ulnar shape, potentially identifying adaptations to forelimb suspensory locomotion in A. sediba. Results indicated suspensory capabilities in this species and a stronger forelimb suspensory signal than has been documented in Australopithecus afarensis. The results confirms the adaptive significance of functional morphological traits for arboreal movements in the locomotor repertoire of A. sediba and provides important insight into the diversity and mosaic nature of locomotor adaptations among early hominins.