The physical trauma of Homo neanderthalensis

The science of Palaeoanthropology is an ever-changing field with advances in technology and the discovery of fresh evidence allowing interpretational change. 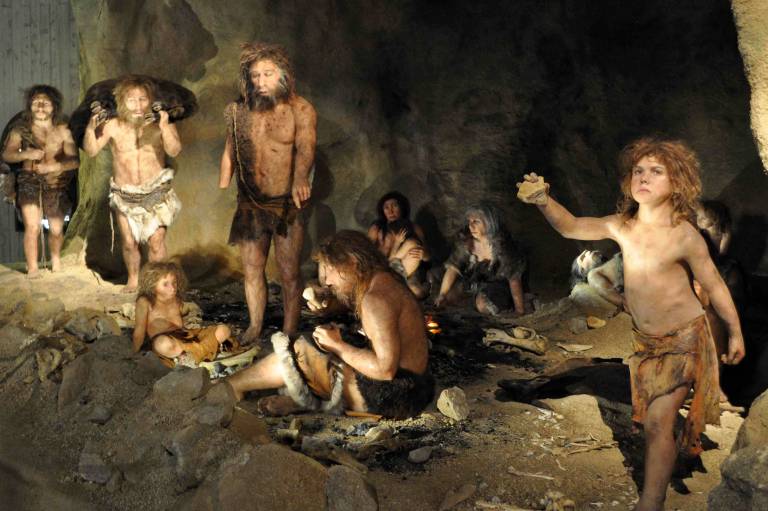 The evolution in our understanding of the lifestyle of Homo neanderthalensis is one case in point. In the late 19th century, the impression of this hominin was indelibly cemented into the minds of scientists and the general public by the interpretation of the La Chapelle aux Saints skeleton. Found in 1908, the old man of La Chapelle was found with extensive osteoarthritis and an edentulous jaw. These pathologies were interpreted as key characteristics of the hominin species Homo neanderthalensis and so in 1911, Marcellin Boule sketched a reconstruction of the hominin that would prove hard to ignore or forget. It was until the end of the 20th century that scientists re-assessed their impression of this hominin. The process of humanising this species came with a re-examination of the La Chapelle material and new hominin discoveries throughout the 20th century. The dawn of archaeogenetic research finally showed that we shared a common ancestor with Homo neanderthalensis in the Middle Pleistocene. Today we now know that at least in the Levant, Homo neanderthalensis and Homo sapiens interbred, which has raised further questions about how prevalent this interbreeding phases were. Many palaeoanthropologists no longer use "Homo neanderthalensis" in their academic papers, partially due to the ridiculous length of the name, but also because the hominin exhibits insignificant differences to us. Today you will only see "Neandertal" for the most part.

Dr. Simon Underdown discusses the evidence of physical trauma of Homo neanderthalensis, arguing that we need to think of this species as essentially human.