The nature of inter-group relations among prehistoric hunter-gatherers remains disputed, with arguments in favour and against the existence of warfare before the development of sedentary societies. 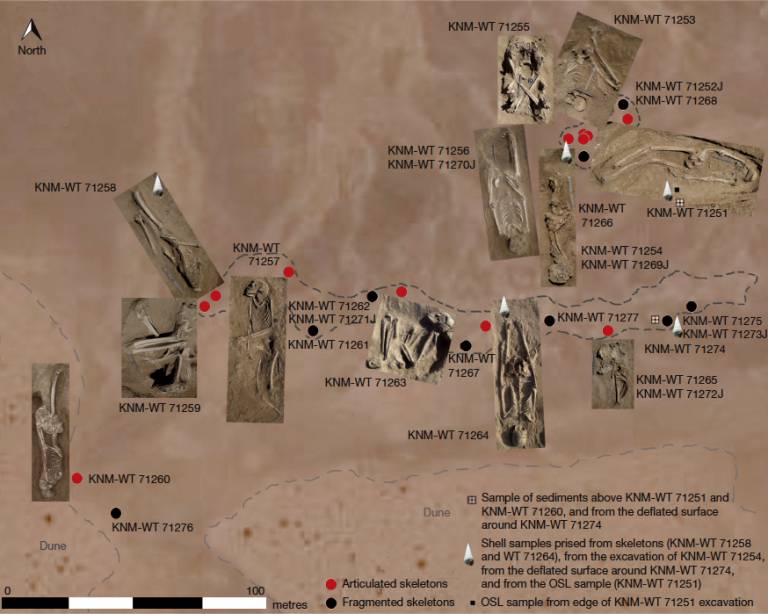 Here we report on a case of inter-group violence towards a group of hunter-gatherers from Nataruk, west of Lake Turkana, which during the late Pleistocene/early Holocene period extended about 30 km beyond its present-day shore.

Ten of the twelve articulated skeletons found at Nataruk show evidence of having died violently at the edge of a lagoon, into which some of the bodies fell. The remains from Nataruk are unique, preserved by the particular conditions of the lagoon with no evidence of deliberate burial. They offer a rare glimpse into the life and death of past foraging people, and evidence that warfare was part of the repertoire of inter-group relations among prehistoric hunter-gatherers.