Fossil Hunting in the Yemen: Archaeologists Without Borders

In this hilarious and thought-provoking talk, National Geographic Explorer and stand­up comic 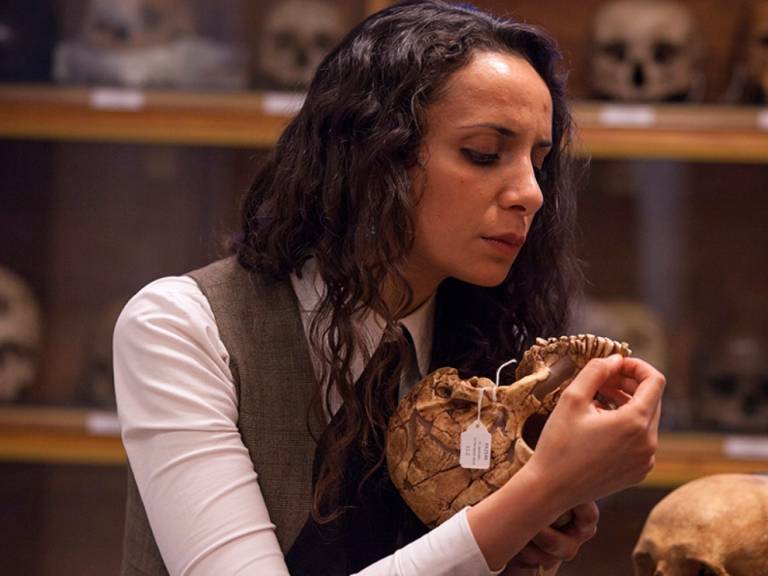 nationalgeographic.com/explorers/bios/2015/ella-al-shamahi/" target="_blank">Ella Al-Shamahi explains why a huge part of the planet's potential contribution to science is being overlooked. She is a current PhD candidate at the Department of Anthropology, University College London, holding degrees from Imperial College London/the Natural History Museum in London. Ella shares stories from her dangerous adventures fossil hunting in hostile, unstable regions of the world. Ella is currently piecing together a groundbreaking theory that early humans may have migrated out of Africa via land bridges between East Africa and Yemen.

National Geographic Explorer and stand­up comic Ella Al-Shamahi is a hilarious paleoanthropologist who specialises in Homo neanderthalensis. Much of her work involves fossil hunting in caves in dangerous locations such as Yemen. Ella uses comedy as both a coping strategy for the darker side of her work as well as to communicate science to people in engaging, unexpected ways. She is currently waiting for the worst of the war in Yemen to end so she can resume the search for Paleolithic caves there, to test a theory that early humans may have migrated out of Africa via land bridges between East Africa and Yemen and to test whether Neanderthals went that far south.

This talk was given at a TEDx event using the TED conference format but independently organized by a local community.