Rising Star - A look at the taphonomy of the Dinaledi Chamber

Homo naledi is a new species recently named from material recovered from the Dinaledi Chamber, inside the Rising Star cave ( 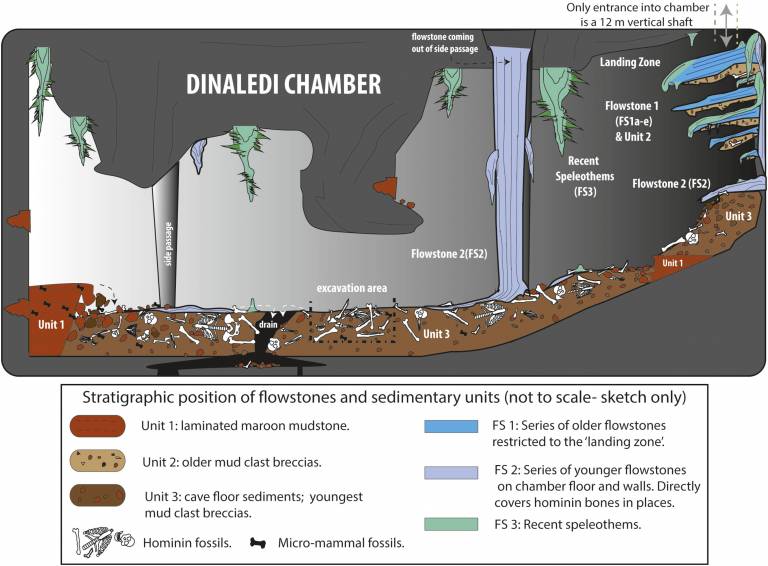 org/content/4/e09560v1" target="_self">Berger et al., 2015). Comprising 1550 remains attributed to a minimum number of 15 individuals of all age groups, it was postulated by Dirks et al. (2015) that the unique assemblage could be the result of deliberate disposal of the dead by this small-brained and previously unknown species of hominin.

Aurore Val of the University of the Witswatersrand focuses on the taphonomic evidence provided by Dirks et al. (2015) and argues that, with the current state of knowledge, it is not possible to demonstrate that complete hominin bodies were deliberately disposed in or at the entrance of the almost inaccessible Dinaledi Chamber.