My Journey as a Historian – Dr Rebecca Jennings 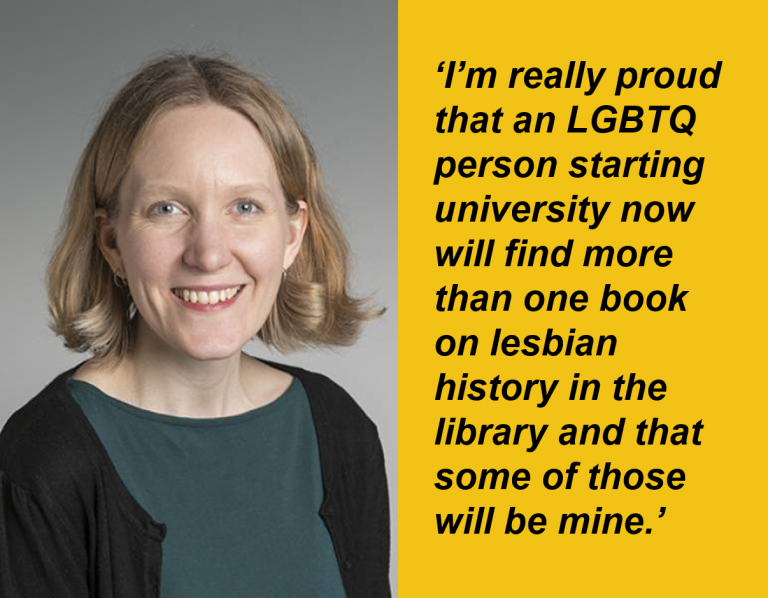 History has always been a part of my life, so in some ways it was unsurprising that I became a historian.  Both my parents were the first in their families to go to university, travelling from Cumbria and Sheffield to London to study history at a time, in the 1960s, when the expansion in Higher Education was opening up new opportunities for women and for state-educated students like themselves.  University was a life-changing experience for both of them and my dad, especially, has some amazing stories about being a part of the student protests at LSE in 1968 and about the culture shock of showing his parents around London on their first ever visit to the big city from the farm on which he grew up. A university education, for my parents, was about gaining skills and a qualification which would allow them to improve their employment opportunities and standard of living and they both went into jobs in human resources with big companies. But they never lost their love of history and they tried hard to pass it on to my brother and I, who spent our childhoods being taken to stately homes and given ‘summer projects’ on the wives of Henry VIII!

I did inherit their love of history but studying history at university meant something very different to me.  When I set off to the University of Manchester in the 1990s, I was more concerned with how the experience would affect my personal life, than my education.  I had realised at quite an early age that I was a lesbian, but growing up in a small, conservative town in Surrey, I hadn’t told anyone until I finally confessed my secret to my best friend in sixth form.  Convinced that my family and friends would cut me off if they found out, I had decided to wait until I’d left home before saying anything, so the move to Manchester was my chance to start a new life in which I could really be me.  Purely by accident, I had picked one of the best possible cities to be gay in the 90s, and I spent the next few years going out in the gay bars and clubs of Canal Street, making friends and ‘coming out’ as a lesbian.  I didn’t have much time left for my studies and in any case I found it hard to relate to a curriculum which didn’t really speak to my interests in social and cultural history.  In my second year, though, I was able to carry out an independent research project on a topic of my own choice.  I had already established, by searching the University of Manchester’s three-million-volume library, that there was only one book on lesbian history and I decided that I wanted to bring together my interest in history and my personal experience.  Students were expected to identify an academic who would supervise their project, and I knocked on a lot of doors before I found a kind tutor who claimed to know nothing about the history of sexuality, but who was willing to take me on.  That was the beginning of my journey as a lesbian historian, and I went on to do my final year dissertation, a Masters dissertation and a PhD in British lesbian history

I encountered a few obstacles along the way, from the graduate tutor who refused to counter-sign my PhD application form because he considered my topic (and me) immoral, to the many academics and peers who suggested that my research area was more suited to a Women’s Studies department than to History.  It was a long time before I met any other historians working on lesbian history, but I found a place amongst historians working on women’s and gender history and queer history more broadly.  When I started publishing articles and books myself, I felt like there was so much work to be done that I didn’t know where to start, and that sense of there being so much more to find out and to say still drives me, twenty years on. This is one of the things I love about history, that there is always another way of looking at things and another person’s experience to reflect on and add to our understanding of the past.

To me, researching and learning history is a tool of empowerment and a means of achieving personal freedom.  History makes us question all the social structures and ideas we take for granted, because it shows us that people thought differently in the past and that the social and cultural attitudes we live with today emerged from a particular set of circumstances in the past. In doing so, it allows us to imagine an alternative future.  An awareness of our own history is also central to our sense of belonging.  For people, like LGBTQ people, who are in marginalised groups, capturing those experiences from the past helps to give us a sense of community and validation.  Those are the people I write for when I research and write history and I’m really proud that an LGBTQ person starting university now will find more than one book on lesbian history in the library and that some of those will be mine.