My Journey as a Historian – Dr Jagjeet Lally

Because my parents were high-school dropouts, my sister (older by three years) and I both went on to study at Oxford without the personal stories that help give shape to what studying at university is like, even if that’s only a fantasy version of higher education. Both of us had a tough time, although we flourished – eventually.

I was a terrible undergraduate student: I skipped a fair few lectures and I slept through tutorials, pretending to be unwell. It was mostly because I wasn’t very happy and hated lots of what I had to trudge through as a Philosophy, Politics, and Economics (PPE) student. If some of my students think I’m a harsh marker, it’s because I know only too well what a 2.2 or a third-class essay really looks like: I wrote plenty of them, pretty consistently, well into my second year! It wasn’t until I could study the courses I was interested in (international relations, international economics, the politics of South Asia) that I got it together. 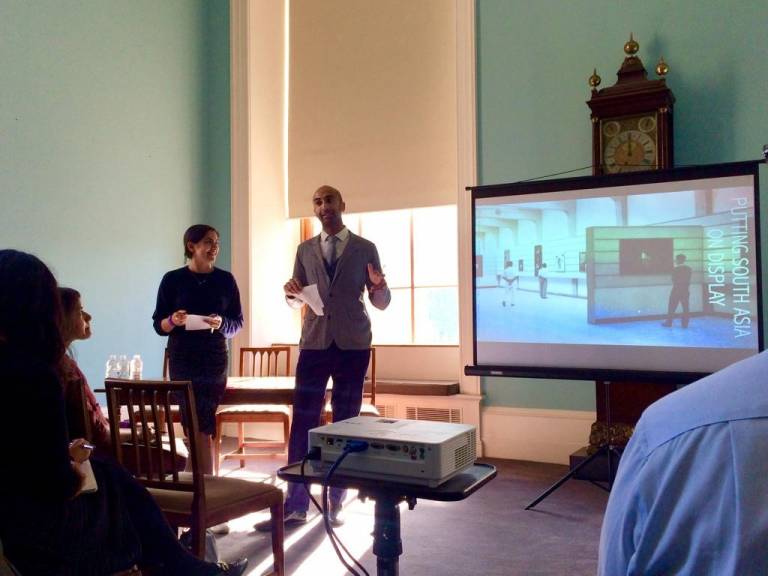 I realised then that I most enjoyed studying the world beyond Euro-America – that is, Latin America, Africa, and Asia. This was exactly what we had been denied in our first year as we were forced through the very Eurocentric core course, which was rather imperiously (and misguidedly) seen as an essential prerequisite to understanding any other part of the world – with disastrous consequences for my self-confidence. I hadn’t really enjoyed any of the many internships and work experience I’d done in the vacations during my degree, ranging from finance to political consultancy, and was glad to be able to ‘rule out’ a number of careers. A philosophy tutor of mine quipped that studying the social sciences or entering a related career was pretty ‘pedestrian’ – every man on the street had something to say about politics or the economy. I laughed politely and still think that’s a bit harsh (even if it did ring true). I did feel, however, that I wanted a bit more distance between myself and my subjects of study and was struck how much I’d enjoyed courses that used more historical approaches. That’s when I remembered something I’d forgotten in the clamber to get into Oxford to study PPE: I really enjoyed History.

And, so, I went on to study for a masters in economic history at the LSE. It was a natural sideways move, allowing me to leverage my social sciences background into studying the material aspects of the past. I felt the LSE was the best place to do that, with its very geographically-diverse range of courses, with the added benefit of being back in London. I loved it, wrote the best dissertation in the year, and knew I wanted to continue studying. I also knew I wanted to go to Cambridge to do so, because there was an even larger community of ‘world historians’ there, but I was still a bit shellshocked by Oxford. I took two years away from studying to work several jobs, save up, buy and renovate my home in London, and build a base for myself. You need that as a PhD student: somewhere to write and work, but also somewhere to retreat and chill.

I went to Cambridge for two days each week during term and spent the rest of my time in archives and libraries in London or elsewhere in the world. I was unleashed on some Cambridge undergraduates in my second year, which is when I realised how much I enjoy teaching and how intellectually productive it is for my own thinking. I’d made good progress with my research and started applying for academic jobs at the start of my third year. I was lucky: a group of Ancient Historians (and one Earth Scientist) presiding over an appointment committee really liked my work and gave me the Moses and Mary Finley Fellowship at Darwin College, Cambridge. At the end of the third year of my PhD, therefore, I submitted my dissertation and started my first academic job. A few months later I got lucky again: I managed to get an interview for a post as a lecturer. I hadn’t eaten all day of the interview because I’d been so nervous, so I popped out to buy something sugary and easy to digest to replenish myself. That was exactly the moment when Stephen Conway left me a voicemail and an email saying to get in touch because UCL History would like to offer me the lectureship!

If these experiences have taught me anything, it’s that diversity and inclusion matter. My undergraduate experience would have been so much less miserable if I’d been able to study the things that interested me, and if I’d been better supported through the difficult transitions, although I appreciate that being forced to study Rousseau and Mill, Arrow’s ‘impossibility theorem’ and interest rates have all enriched me in some indefinable way. Indeed, my experiences and meanderings have made me who I am. It’s not only important to have a diverse student and staff population for the sake of it, but because we bring a diversity of skills, experiences, and perspectives, personal and intellectual.