Emily began her British Academy Postdoctoral Fellowship at UCL History in January 2021. She is a comparative historian working on Britain and Europe between the eleventh and thirteenth centuries, with an especial interest in understanding change and continuity over this period. Her research touches on themes such as life cycle and gender, rulership and authority, and documentary culture and historical writing. The relationship between age and identity is something which particularly fascinates her, and this forms the central focus of her current project on ‘Adolescence and Belonging in Medieval Europe, c.1000–c.1250’. She is interested in how concepts of adolescence shifted across the period, and how wider social and cultural changes impressed themselves on young people.

Emily is also working on her first monograph, Royal Childhood and Child Kingship: Boy Kings in England, Scotland, France and Germany, c.1050–1262, which combines an investigation of boyhood and upbringing with a detailed analysis of child kings and their early experiences of rule. The book is under contract with Cambridge University Press and is based on her doctoral research. Her recent publications include the volume Conquests in Eleventh-Century England: 1016, 1066, edited with Dr Laura Ashe (Worcester College, Oxford). The essays in this volume shed a new light on the backgrounds, contexts, and impacts of the climatic events of 1016 and 1066 from multidisciplinary perspectives. Emily has also published articles and book chapters on maternal power (2016), medieval historiography (2017), notions of immaturity (2018), guardianship and regency (2019), and royal succession (2020).

Emily has given public history talks to both primary and secondary school children. She has also led lectures and workshops for the Sutton Trust and international summer schools. She is happy to be contacted regarding history communication and outreach. 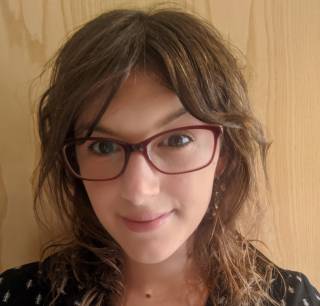