Aaron works on the economic, social and political history of Britain and the British Empire between 1660 and 1850, with a focus on finance, politics, government, corruption, regulation and slavery.  His work received the Parliamentary History Essay Prize in 2017, and the Emile Lousse Essay Prize in 2018 from the International Commission for the History of Representative and Parliamentary Institutions.  He is the author of Corruption, party and government in Britain, 1702-13 (Oxford, 2015), a study of military finance, political partisanship, corruption and state formation, and Bills of Union: money, empire and ambitions in the mid-eighteenth century British Atlantic (London, 2021), an examination of paper money and imperial and colonial ambitions and monetary thought before 1775.

He is currently writing two books, both under contract with the Oxford University Press.  The first, entitled Tropical Leviathan: slavery, society and security in Jamaica, 1770-1840, examines the role of the colonial fiscal-military state in supporting and undermining the economic and social system of plantation slavery.  The second, entitled Infinite money: Britain and the European fiscal-military system, 1560-1870, examines the contribution of foreign resources of money, manpower and war materiel to the operation of the British fiscal-military state.  He is also editing a new edition of A General History of the Pyrates for the Oxford World's Classics series at the Oxford University Press, to be published in 2024 for the tercentenary of its original publication in 1724.

His long-term research project is a study of banking regulation, imperial power, colonial politics and settler capitalism across the British Empire between 1815 and 1850.

For a full list of Aaron’s publications, see his IRIS Profile.

Aaron supports public engagement about his research and teaching, most recently through a collaboration between The Oxford Research Centre for the Humanities and the Friends of Canons Park to produce a free, self-guided, GPS-synced audio tour of Canons Park in the London Borough of Harrow.  Entitled 'Canons Park: The Life and Times of the Duke of Chandos', the tour explores its links with empire, slavery, finance, politics, warfare, science, art, culture and industrialisation.  It can be experienced in situ or at home, and can be downloaded from: 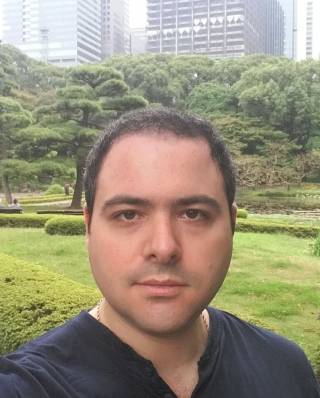