UCL History welcomes Dr Benedetta Rossi, who joins us as an Associate Professor in African History

We are delighted to welcome Dr Benedetta Rossi to the department, where she joins us as an Associate Professor in the History and Anthropology of Africa. We chatted with Benedetta about her research interests and upcoming ERC Advanced research project on African Abolitionism. 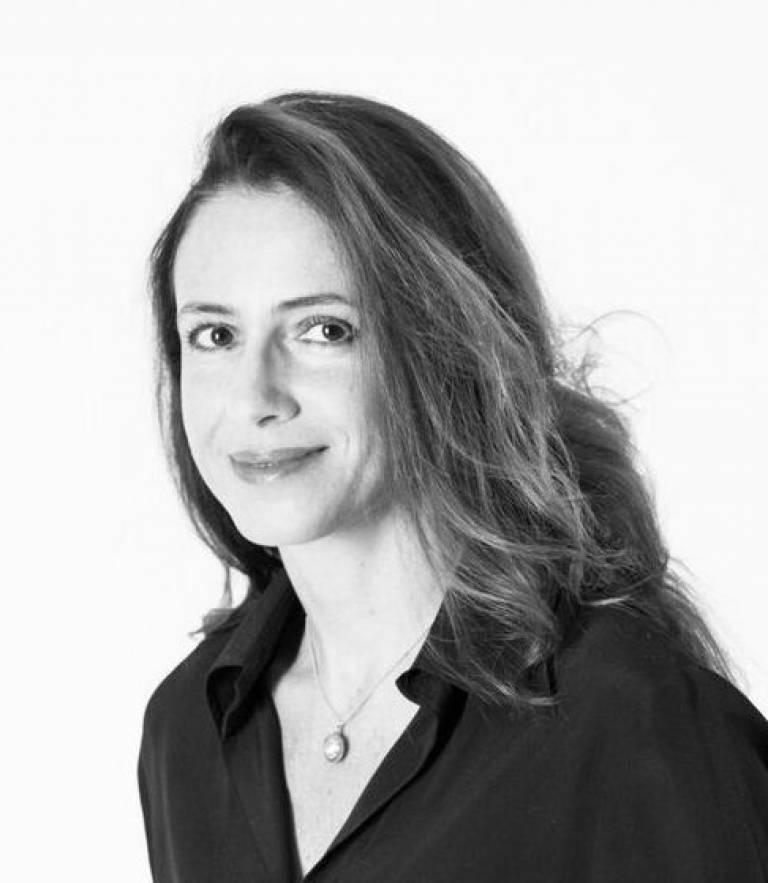 Hi Benedetta – welcome to UCL History! Can you tell us a bit about what you’ve been doing until now?

For about twenty years now I have been working on slavery in African history. Although my area of regional specialisation is West Africa, I have been increasingly interested in connections and comparisons, both within Africa and between Africa and other world regions. Before joining UCL’s History Department I spent almost nine years at the School of History and Cultures of the University of Birmingham. The study of Africa, and West Africa in particular, has a long tradition at Birmingham and I was part of an interdisciplinary department where we all specialised in Africa-focused research, taught Africa-related subjects, and had frequent exchanges with African colleagues and institutions. I have also been involved in various international research collaborations in the field of slavery, abolition, and emancipation. Many are ongoing. I am currently engaged in the ERC Project LANGARCHIV (PI: Camille Lefebvre) which uses sources from European studies of African languages to write a social history of the Central Sahel; and in the EU-funded COST action WORCK, which brings together international historians studying labour coercion across time and space. I am a researcher in SLAFNET, an EU-funded network of African and European scholars working on slavery in Africa, and in CSIW, a collaborative partnership between researchers and activists working on conjugal slavery in contemporary African wars. Until January 2020 I was the PI of an AHRC/GCRF-funded project on Legacies of Slavery in Niger (LESLAN), a collaboration with the NGO Timidria (one of West Africa’s leading anti-slavery NGOs) and the Abdou Moumouni University of Niamey (Niger). I am associate editor for a forthcoming World History of Slavery published by Seuil (main editor: Paulin Ismard) and an Encyclopaedia of African Slavery, the Slave Trade and the Diaspora for the online Oxford Research Encyclopaedias (main editor: Martin Klein).

In all this time, I have been interrogating ideas and practices of exploitation. I have been asking questions about how people at different moments in time and in different places understood exploitation – and what they did about it: which practices and relations came to be seen – and denounced – as exploitative, why, by whom, and with what consequences. Slavery is an extreme case. The comparative history of slavery reveals how what today is considered the worst form of exploitation had, for centuries, been justified legally and morally. Persons who considered themselves distinguished and pious members of their societies, and were sometimes revered as such, justified slave-holding and slave-trading by appealing to a broad range of ideas of hierarchy, religion, ‘just’ war, race and gender. They supported slaving and enslavement in the name of values considered acceptable, even sacrosanct. Seneca the Younger, the Roman philosopher and statesman who wrote essays about morality in which he explicitly condemned excesses of violence against enslaved persons, did not object to slavery per se but rather sought to promote temperance and forbearance toward dependents, including slaves. When, where, how, and why does slavery come to be seen as intolerable exploitation?

Some of my publications ask similar questions about completely different institutions. I have showed, for example, how the helping professions tend to be shielded from criticism because of their claim to be saving or developing humans. But these rationales are often premised on the interventionism of groups posing as saviours, and should be carefully scrutinized. To what extent have international ‘aid’ and planned ‘development’ really helped those designated as ‘to be developed’? Could it be that they helped developers more than so-called beneficiaries? These issues are addressed in a special issue that I guest-edited for the journal of International Labour and Working Class History in which we showed that colonial developmentalism took shape following the passing of the ILO’s Forced Labour Convention and allowed the continued extraction of ‘voluntary’ work in the name of community development. When do practices that have been justified as benign come to be seen as exploitative, and why do these shifts occur? I have been particularly interested in understanding the experience of those most vulnerable to coercion: what are their perceptions and discourses of exploitation? What are their strategies of accommodation or resistance, as the case may be?

Great – what is your research focused on, and why do you find that area so interesting?

Most recently my research has been focused on African and global abolitionism. As I join UCL’s History Department I am also starting an ERC Advanced research project on African Abolitionism called ‘African Abolitionism: The Rise and Transformations of Anti-Slavery in Africa’ (AFRAB) that will continue for five years and that I will develop together with a team of three postdoctoral research fellows, a project administrator, and in collaboration with African researchers and national research assistants in more than ten African countries.

When the ideas of abolitionism spread globally, progressively slavery came to be seen as an aberration. The transformations that turn slavery from a legitimate to an illegitimate institution in entire societies have wide-ranging implications, such as: the recognition of fundamental rights for all humans, including groups previously seen as enslavable; political mobilization aimed at making government legally endorse anti-slavery measures; and economic upheavals related to the losses suffered by slave-owning classes, traders, and elites. These transformations constituted an important step in the development of rationales that would be mobilised to end enormous violence and suffering. But abolitionism is as abolitionism does. The moral imperative to end slavery, which abolitionists denounced as unacceptable and inhuman, was invoked by imperialists to justify the colonial occupation of Africa. Abolitionist colonialists introduced other forms of coercion that today no one hesitates to see as exploitative, but were represented as necessary and beneficial to colonial subjects. Some colonial sources show that abolitionist discourse legitimated the idea that former slaves needed to learn how to work as free labour. Brutal forced labour recruitment was presented as inevitable, even beneficial.

Similar logics existed within African societies and were invoked to entrench steep social hierarchies, often with enslaved persons at the bottom. One of the fascinating and least known aspects of this history is that African political structures were much more diverse than European ones. Empires, kingdoms, sultanates and many forms of decentralised polities (lineage based, age based, etc.) had diverse ideologies and technologies of domination. They also had different discourses of exploitation. These ways of thinking about hierarchy shaped the development of anti-slavery in Africa. Today all African states passed national laws and endorsed international conventions that abolish slavery (though slavery is not yet criminalised everywhere). However the historiography of slavery and abolition tells us almost nothing about the specific trajectories of abolitionist ideas in African societies. Who were the main African abolitionists? What were their networks? What forms of resistance did they encounter? What uses were antislavery ideas put to? Africans have been imagined either as enslaved victims or as slavers, but African abolitionism has been unthinkable (with few exceptions, such as the work of Kwabena Akurang Parry, Sandra Greene, Eric Hahonou and Lotte Pelckmans). AFRAB aims to explore these issues and re-centre the history of African abolition around African abolitionism, without losing sight of interactions with European abolitionism in Africa, which is better studied.

Considering the BLM movement happening at the moment, your area of research feels more important than ever – how do you think researching topics like yours can contribute to issues we face in society today?

You are right, and I think that in this delicate moment everybody’s research and attitudes are important. But what is obvious to anyone researching African history is that any form of discrimination and racism is deeply wrong and has consistently been used to justify major historical abuses. As many theorists have shown, by rooting socially constructed inequalities in people’s bodies, racist and sexist ideologies depoliticise power relations and make them appear as nature- or God- given, and therefore unchangeable. Historically the harshest slave systems have been the ones built upon theories of natural slavery, that is, theories that attempted to remove responsibility for enslavement from slavers, and to make enslavement appear as the only suitable condition for persons imagined as uncapable of self-government. Practices of exclusion and discrimination that targeted specific groups for centuries on the basis of their appearance or gender are at the root of contemporary inequalities and should be addressed at multiple levels.

I fully support the call to end the systemic racism that continues to inhabit institutions worldwide: the events that provoked the recent rise in BLM activism are unacceptable and, especially in the United States, reminiscent of forms of violence that under legal slavery were rooted in racism backed by the law and permeating all private and public spheres of life. Racism continues to be widespread worldwide. It exists in African societies, too, and like elsewhere, has been used to justify the enslavement and marginalisation of certain groups by ascriptive characterisation. Indeed, the Mauritanian Parliamentarian and human rights activist Biram Dah Abeid has denounced state racism in his country and how legacies of slavery affect the everyday opportunities of many Mauritanians . Professor Ibrahima Thioub, historian of slavery at Cheikh Anta Diop University of Dakar (UCAD) and former provost of UCAD, has theorised the role played by ideologies of race in African and global slavery. It has been one of his many contributions to the advancement of knowledge in the historiography of African slavery.

Research in my field highlights how slavery had been normalised and legitimated. It makes us aware of the ways in which rationales aimed at oppressing others achieved broad popular legitimacy; and of what it took to turn these rationales on their head and discredit them. It shows us, too, that power is never out of the picture and new inequalities take shape as old ones are denounced. Researching these topics contributes to our understanding of contemporary issues by making us alert to these phenomena.

I am thrilled to be joining UCL for many reasons. Let me just mention three that are directly connected to what I already discussed above. First, the presence of a community of researchers who are interested in slavery and its legacies in multiple dimensions and across world regions. Second, their awareness of the inevitably political nature of slavery-focused research that reveals continuities into the present day of past inequalities and can lead to questioning new mechanisms of exclusion and coercion. The History Department is closely connected with the Centre for the Study of the Legacies of British Slave-ownership, the Centre for Transnational History, and the Sarah Parker Remond Centre for the Study of Racism and Racialisation. UCL also hosts an Institute for Global Prosperity that addresses contemporary challenges from an interdisciplinary perspective. These centres produce synergies of research and debate and I could not imagine a more stimulating context for AFRAB and my research. Finally, I am looking forward to working in London, a city where I have been based for over half of my life, which hosts people from diverse backgrounds who can build on their diversity to foster original forms of knowing and interacting with each other.