Dr Victoria Dawson will run a project related to women’s attendance at Rugby League cup finals, in collaboration with the Rugby Football League, and Dr Antonio Sennis and Dr Johanna Dale will use their grant to develop a walking tour of Maldon’s medieval heritage sites

UCL History is delighted to announce that staff in the department have been awarded two small grants from the Centre for Critical Heritage Studies (CCHS).

Dr Victoria Dawson will use her grant to pursue an oral history project on the topic of women’s attendance at Rugby League cup finals at Wembley, 1950-1975, in collaboration with the Rugby Football League (RFL) via it's charitable arm, Rugby League Cares (RLC). This project will see Victoria visit Barrow-in-Furness; St Helens; Rochdale; Halifax; York and Huddersfield, and speak to 10 working-class northern women who travelled to Wembley Stadium to watch the annual Rugby League Challenge Cup final prior to 1975. The project aims to help redress the gender imbalance in the historical understanding of how mass spectator sport was experienced. 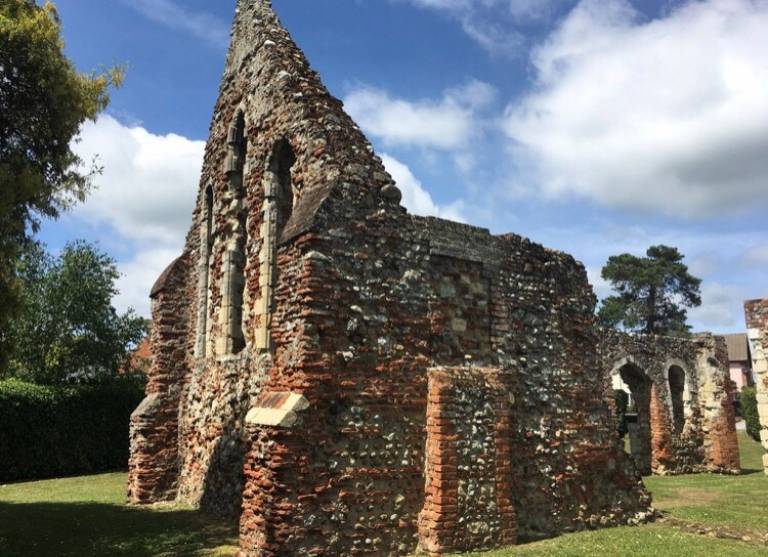 Dr Antonio Sennis and Dr Johanna Dale have likewise been awarded a grant for their collaborative project 'The interpretation of medieval hospitals, wellbeing and the historic environment'. The CCHS grant will be used to support the establishment of a historical walking tour in Maldon, Essex, which is the location of the St Giles Leper Hospital, which is one of the locations the tour will go.

Both of these projects are intended as pilot projects, and the staff involved will be applying for further funding at a later date in order to expand their projects and develop their findings.