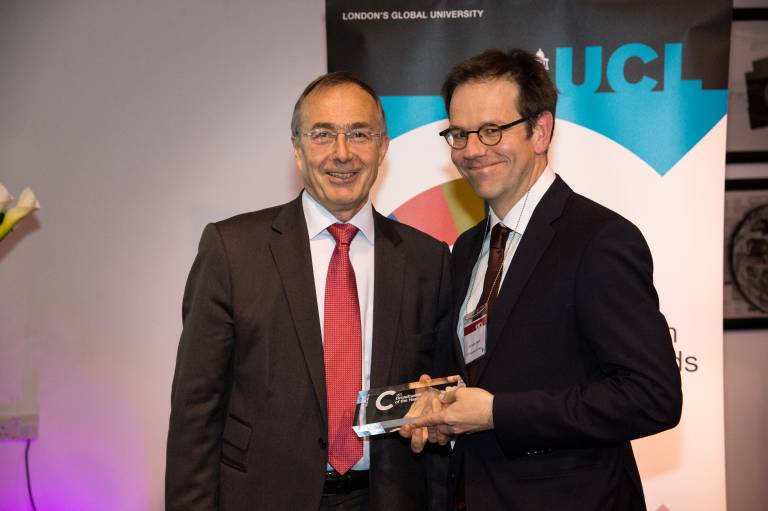 Dr Adam Smith received the award for 'Broadcaster of the Year' at the UCL Communication and Culture Awards 2015 for his BBC Radio 3 and BBC Radio 4 contributions. The award was presented by UCL's Provost, Professor Michael Arthur, at a ceremony in May.

In one documentary titled "How do Children Learn History?", Adam investigated the history that primary school children should study and how it should be taught. The programme achieved a high level of engagement on social media and it was also discussed at a conference led by Michael Gove, the then Secretary of State for Education. Adam is an outstanding communicator who is making a major contribution to UCL's mission to have an impact beyond the scholarly community. With this in mind, it would be difficult to imagine a more successful broadcaster of historical knowledge and understanding.

Find out more about the awards