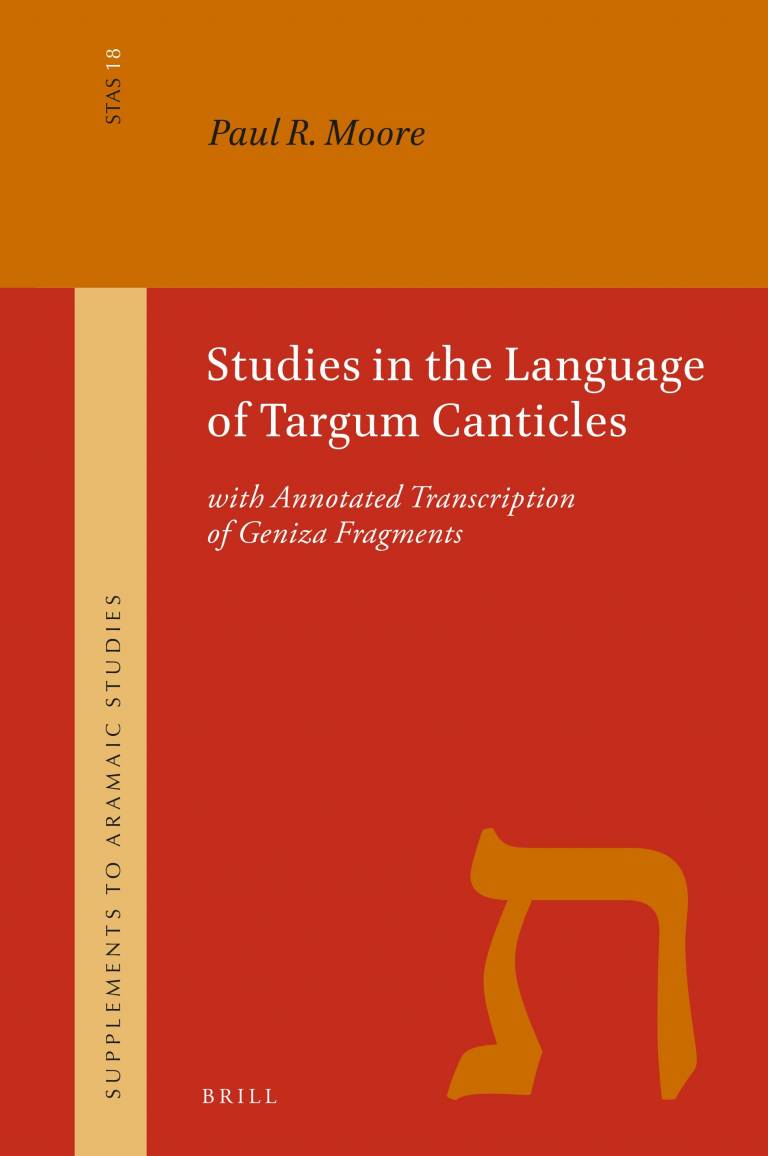 Studies in the Language of Targum Canticles

with Annotated Transcription of Geniza Fragments

Author: Paul R. Moore who earned his PhD from the Hebrew and Jewsish Studies Department in UCL

Targum Canticles, composed in the dialectally eclectic idiom of Late Jewish Literary Aramaic (LJLA), had immense historic popularity among Jewish communities worldwide. In this work, Paul R. Moore thoroughly analyses several of the Targum’s grammatical peculiarities overlooked by previous studies. Through this prism, he considers its literary influences, composition, and LJLA as a precursor of the highly eccentric Aramaic of the 13th century Spanish cabalistic masterpiece, The Zohar. The study includes transcriptions and analysis of the previously unpublished of fragments of the Targum from the Cairo Geniza, and what is possibly its earliest, known translation into Judaeo-Arabic.