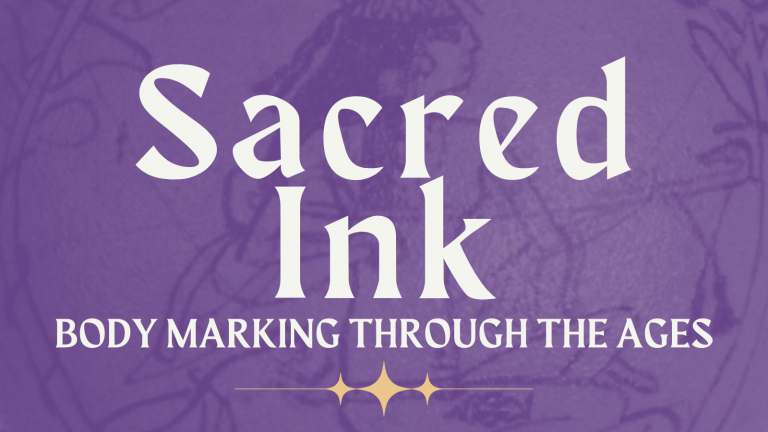 On April 1st 1862, Queen Victoria's eldest son Albert, the future King Edward VII, recorded in his diary that he had been tattooed. ‘In the evening’, he wrote, ‘I was tatooed by a Native, and so was [one of my party], Keppel’. This tattoo begins the story of what would eventually become today’s thriving British tattoo industry. It is but a trickle, but it is the stream from which much of the expansion into today’s torrent of British tattooing can be traced. Like many streams, it is itself simply the manifestation of a much deeper well whose source lies buried deep in historical time. In this talk, Dr Matt Lodder will explore the proximate and distant histories of religious and pilgrimage tattooing in Britain, and the impacts of Edward VII's decision to be tattooed on fashions and perceptions of tattooing in Britain in the 150 years which followed.

Dr Matt Lodder is a Senior Lecturer in Art History and Theory, and Director of American Studies at the University of Essex. He teaches European, American and Japanese art, architecture, visual culture and theory from the late 19th century to the present, including modern and contemporary art post-1945, digital and "new media" art, and the intersections between art & politics.

His research primarily concerns the application of art-historical methods to history of Western tattooing from the 17th century to the present day, with a principal focus on the professional era from the 1880s onwards. His expertise also extends to wider histories of body modification practices in the West, including tongue splitting, implants, and other procedures. He has also recently published work on feminist debates in pornography, and on the intersections of consent, culture and the law in the context of 1970s and '80s queer subcultures.

He has given invited lectures at venues including the V&A, the National Museum of Scotland, the Tokyo National Museum, and the Museum of London. He has published academic papers in venues including the Sculpture Journal, and contributed forewords for over a dozen popular books on tattooing. He has contributed articles to the Royal Academy Magazine, History Today, The Guardian and others, and appeared on broadcast media across the globe. His first monograph, on the history of Western tattooing, is currently in production. His latest major exhibition, 'British Tattoo Art Revealed', began at the National Maritime Museum Falmouth in March 2017 and toured nationwide through 2020. Matt also serves as the presenter of the landmark television series "Art of Museums" / 'Magie des Grands Musées' / 'Magie der Museen', which aired across Europe and beyond in late 2018 and early 2019.