Molecular spectra play a critical role for the retrieval of atmospheres of exoplanets and cool stars. However, the lack of laboratory data on many of molecular species severely limits models for objects as diverse as Jupiter, exoplanets and brown dwarfs. ExoMol (originally funded by the ERC under the Advanced Investigator Project) is a database of molecular line lists that can be used for spectral characterisation and simulation, and as input to atmospheric models of exoplanets, brown dwarfs and cool stars, and other models including those for combustion and sunspots.  The UCL ExoMol team is a world leader in providing molecular line lists for exoplanet and other hot atmospheres. The ExoMol procedure uses a mixture of ab initio calculations and available laboratory data. These line lists form the input for opacity models for cool stars and brown dwarfs as well as for radiative transport models involving exoplanets.  So far ExoMol has collected molecular opacities for more than 50 molecules (130 isotopologues):  30 line lists have been generated using the ExoMol methodology and other line lists were taken from external sources or from our work predating the ExoMol project [Tennyson & Yurchenko, Atoms, 6:26, May 2018].

Comprehensive line lists for a range of molecules, including H2O, CH4, NH3, HCN, TiO, VO, AlO  have been used in recent studies and support the accurate retrieval of molecular abundances from exoplanet spectra. 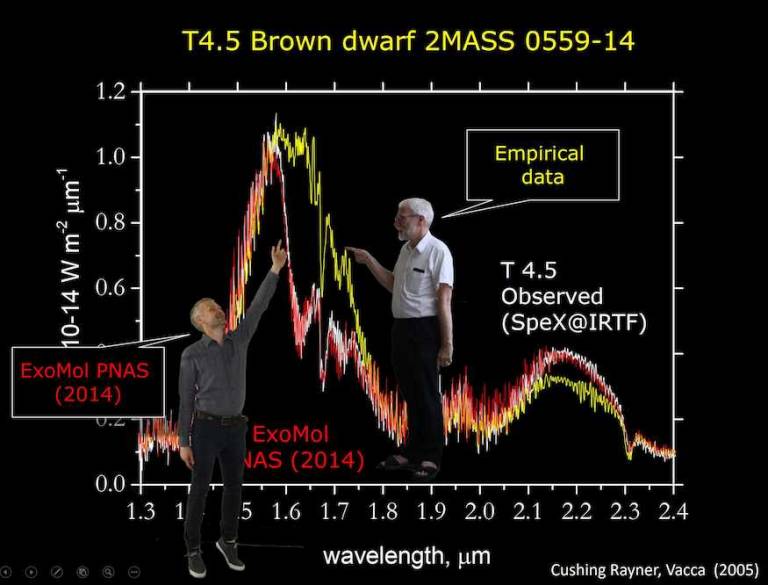 Our poster child is the new methane line list called "10to10" [Yurchenko and Tennyson, MNRAS, 440, 1649 (2014)], which contains just under 10 billion transitions. The 10to10 line list is currently being actively used by about a dozen groups worldwide to model methane in a variety of astronomical objects (and one group for studies of the Earth’s atmosphere) and has already been demonstrated to revolutionise the accuracy of T-dwarf models [Yurchenko et al.  PNAS, 111, 9379 (2014)], see UCL's press release. Our production of the CH4 line list was heavily based on the HPC resources provided by DiRAC-2, including the SMP machine COMSOS and the HPC cluster DARWIN in Cambridge, as a 50 million CPU hours allocation - see HPC ExoMol showcase.

Ethylene is one of the important absorbers in hot Jupiter exoplanets, brown dwarfs and cool carbon stars. As part of our Hydrocarbons DiRAC project, we have produced a new line list for this species over 30 billion transitions [Mant et al, MNRAS, 478, 3220 (2018)]. In order to accomplish this data intensive task, some of the UK’s most advanced supercomputers have been used, provided by the DiRAC project.   Even larger line lists have been completed. For example, the methyl chloride’s line list contains over 300 billion lines [Owens et al.,  MNRAS, 479, 3002 (2018)].

TiO and/or VO signatures have been recently detected with 4σ confidence in WASP-76b using new ExoMol line lists as part of our population study of gaseous exoplanets (Tsiaras et al, ApJ, 2018)  The new TiO line list is the most accurate and complete data. It will play important role in the retrievals of exoplanetary atmospheres. 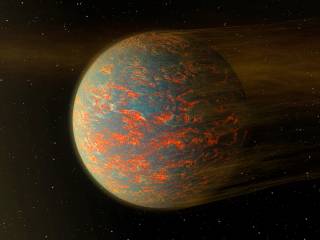 Many of those exoplanets discovered thus far are categorized as rocky objects with an atmosphere. Most of these objects are, however, hot due to their short orbital period. Models suggest that water is the dominant species in their atmospheres. The hot temperatures are expected to turn these atmospheres into a (high pressure) steam bath containing remains of melted rock. The spectroscopy of these hot rocky objects will be very different from that of cooler objects or hot gas giants. At present, interpretation is severely impacted by the lack of corresponding spectroscopic data. We have started building a comprehensive database of linelist/cross sections applicable for atmospheric models of rocky super-Earths as part of the ExoMol project. Exactly these types of hot solid planets will be the likely targets of NASA’s JWST, e.g. 55 Cnc e, GJ1214b, GJ1132b, and tested using UCL's TauREX program. The quality of our data is also suitable for complementary high-dispersion spectroscopic observations at resolving powers of 100,000 and better.

Recently we organised a “Digital Exoplanets” workshop in Prague (January 2019). The workshop gathered over 50 computational exoplanetary scientists (with more than half early-career researchers) and focused on the data for atmospheric models of exoplanets and cool stars. The main theme of the workshop was the open access to data and computer codes. This was the first workshop of this kind, focusing not only on observations and theory, but also on ‘how to actually run these codes’. The participants had the opportunity to learn how to use (install, run, debug etc) different main stream atmospheric and spectroscopic codes during the hands-on sessions, which were the central part of the workshop.

The generation of these molecular line lists is led by Jonathan Tennyson, Sergey Yurchenko and the ExoMol team, part of the Atomic, Molecular, Optical and Positron Physics (AMOPP) Group at UCL.