Screening of the film Limpiadores and Q & A with director Fernando Mitjáns. 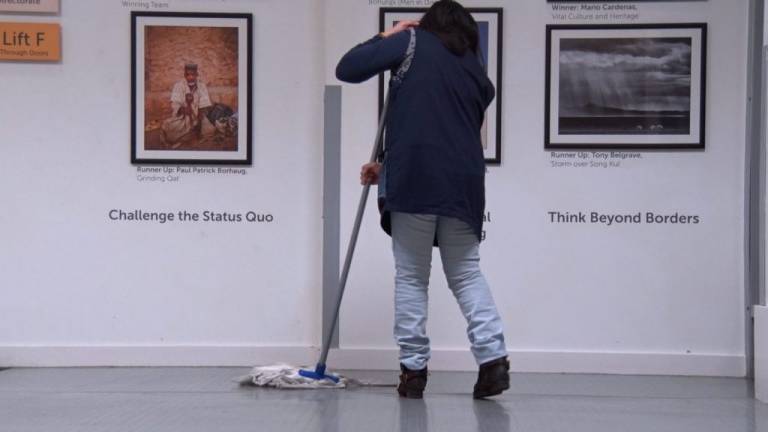 On Tues 12th Nov, staff and students from the Department of Spanish, Portuguese and Latin American Studies came together to watch the film Limpiadores (Fernando Mitjáns, 2015), which documents the campaigns of outsourced cleaning staff at the University of London for better pay and conditions. The event was to mark the re-launch of a language exchange between UCL students of Spanish and Portuguese, and outsourced UCL workers, many of whom are from Spanish and Portuguese-speaking countries, who want to improve their English. The exchange pairs students and workers for conversation practice, and is also a way for students to support these workers in their campaign to be directly employed by UCL.

It was great to welcome our students - many of whom have recently returned from year abroad placements, some in Latin America - to this event, and watch this moving and very humorous documentary, which as Fernando told us, he made as a final project for an MA he studied at UCL in Ethnographic and Documentary Film, and which gives an insight into the realities of Latin American migrants living in London and working in London Universities.

To find out more about the workers' campaign: https://www.facebook.com/uclj4w/