Thou Shalt Not Translate: The 1901 Athens Gospel Riots 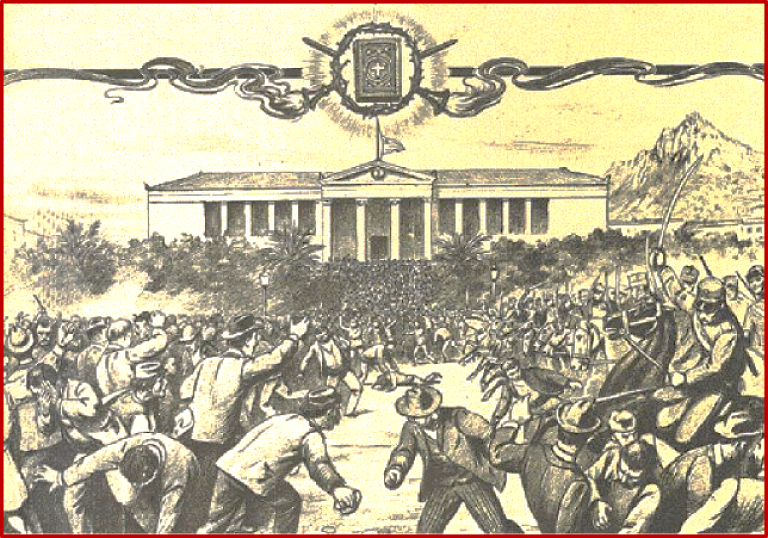 Over the centuries, translation has been the object of much debate and controversy, focusing mainly on accuracy, register and form. Instances of translation activity causing political turmoil and bloodshed are unusual. The November 1901 Athens Gospel Riots are one such instance which has attracted scholarly attention both from a historical and a linguistic point of view. The ‘intralingual’ translation of the Gospel from the original Koine Greek into the Demotiki vernacular was the pretext for the riots that reduced Athens to chaos for one week and caused several deaths.

Marking the 120th anniversary of the riots, the lecture will introduce the two Bible translations at the root of the matter and present the events not so much as an isolated, inexplicable bloody incident, but rather as the product of political and obscurantist machinations which used translation, language, religion, and nationalism as proxies in a  political power play. The historical roots of this combustible situation which developed alongside the Greek Language Question will be discussed, to illustrate how in 1901 Greece was ripe for an explosion over a translation matter which today may seem trivial.

Victoria Solomonidis-Hunter is an Associate Lecturer (Teaching) at the Centre for Translation Studies, UCL, specializing in the history of translation. After 35 years in the Greek diplomatic service as Counsellor for Cultural Affairs, she returned to her academic interests full-time, joining UCL in 2013. She is a Fellow of King’s College London, a Fellow of the Royal Historical Society, an Associate Fellow of the Institute of Historical Research and serves on the Institute of Classical Studies Advisory Council. Alongside translation history, at present her research interests are focused on the 19th century Greek Necropolis at West Norwood Cemetery, one of London’s Magnificent Seven, exploring the lives and times of this important Greek community which, in its time, contributed to the shaping of  finance, shipping and the arts in the UK. She serves on the NHLF Implementation Board for West Norwood Cemetery, which oversees this major NHLF funded restoration programme and is a Trustee of the Friends of West Norwood Cemetery. She has recently contributed to the British School at Athens series of podcasts marking the bicentennial of the 1821 Greek Revolution, with a short presentation of the Greek Necropolis and the Cavafy Family grave.