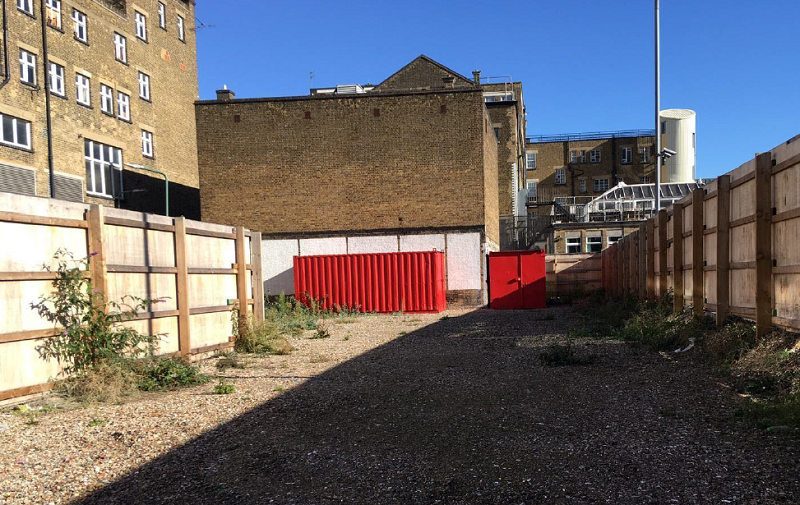 Over the past decades, numerous legislative acts in the UK have attempted to tackle rising rates of homelessness. Among other imperatives, these acts place an obligation upon local authorities to conduct reviews and produce homelessness strategies for their districts.

However, despite these efforts, there has been an increase in the rate of homelessness. The charity Shelter reported that 320,000 UK citizens were homeless in 2018, up from 307,000 in 2017 (see report). Rates of homelessness vary across the country, with the highest occurring in London and several regions of Southern England.

The Salvation Army in Ilford is leading Project Malachi, a temporary housing scheme. The primary goal is to provide more permanent shelter to rough sleepers in the borough of Redbridge, as well as offer them a stable platform with which to be re-integrated into society.

Disused shipping containers had been selected for the construction to form a relatively inexpensive and modular apartment complex. The containers are constructed from welded steel sheets and are designed to stack in columns and withstand adverse weather conditions. The development will consist of 40 self-contained units in 20 shipping containers, plus 5 containers for other use (including employment training).

The collaboration between the Salvation Army and the EngEx began in 2017, when Ilford residents involved in Project Malachi came to the EngEx Green Infrastructure report launch with the idea of incorporating GI principles into the shelter's design. It was thought this could improve resource efficiency, reduce environmental impacts, and increase public buy-in. The Salvation Army was keen to incorporate student ideas about some of the design challenges for the site, which has limited space, is located in the centre of town and has a large adjacent car park.

In the first year of collaboration, John Clifton, Salvation Army Captain and Project Malachi lead, worked with Dr Matti Bhatti of UCL Civil, Environmental and Geomatic Engineering and a team of MSc students to perform feasibility assessments for a range of green infrastructure and design 'add-ons'.

The collaboration continued in 2018, when two more groups of MSc students on the  Environmental Systems programme undertook projects to contribute further to the planning and design of the shelter. One group looked at the previous project's outputs and identified ways to reduce expenses; provided an in-depth feasibility assessment for a range of green infrastructure designs; and looked at ways to involve future tenants in maintaining the shelters. The second group looked at the feasibility of expanding the project across the Salvation Army internationally.

In December 2018, the project gained further funding from the London Borough of Redbridge, following refinement of the shelter design in part due to the students' input.

The design of the shelters has taken into account insulation, water harvesting, waste management, energy efficiency and infrastrucuture design. It also includes ways of involving the homeless in the upkeep of the shelters. The project is on-going and the shelters are planned to be put into place in 2019.