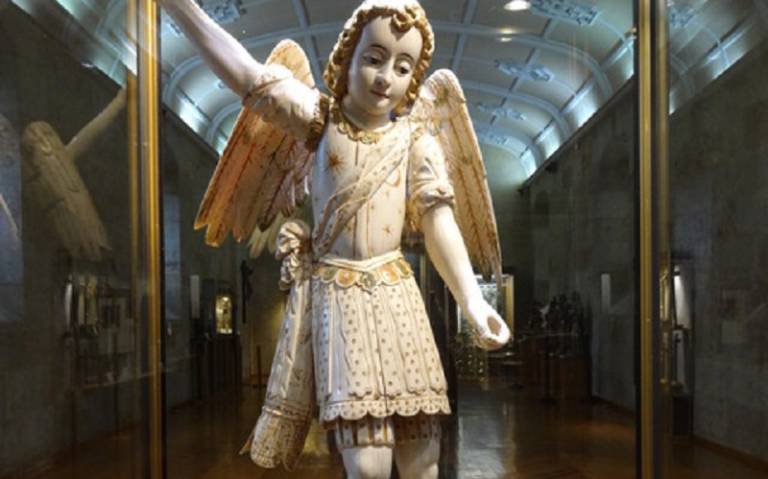 This talk considers the interlocking routes and relations of exchange embodied in the production, patronage and export of Philippine ivory.

In 1590, Domingo de Salazar, the first Bishop of Manila, wrote to Philip II about the skillful ivory carving of the local Chinese immigrant population, claiming: “with their ability to replicate those images that come from Spain, I understand that it should not be long when even those made in Flanders will not be missed.”

Centered on objects – figural ivory sculptures made in the Philippines in the seventeenth century – this talk considers the interlocking routes and relations of exchange embodied in the production, patronage and export of these ivories, placing new emphasis on the artistic ingenuity, material and commercial innovations of these sculptures. Reanimating the multiple geographic trajectories embedded within Hispano-Philippine ivories, also recovers a range of actors underrepresented in the archive and exposes key methodological issues in the study of early modern global mobility.

All welcome but please register to attend. There will be drinks and discussion after the talk.

This event is organised by UCL Early Modern Exchanges, which is part of UCL's Institute of Advanced Studies.

Stephanie Porras specializes in Northern European art of the fifteenth to seventeenth centuries. Before coming to Tulane in 2012, she previously taught at Columbia University, the Courtauld Institute of Art and University College London.

Porras’s research and teaching interests include: early modern print culture, the idea of antiquity in the North, the emergence of genre imagery, early modern notions of the copy and the export of Flemish prints across the early modern globe. Her first book Pieter Bruegel's Historical Imagination (Pennsylvania State University Press, 2016), proposes a new understanding of Bruegel as an artist deeply concerned with history. In addition to articles on Bruegel and Netherlandish prints, she has worked on the early drawings of Albrecht Dürer, co-editing and contributing to an exhibition catalogue The Young Dürer: Drawing the Figure for an exhibition held at the Courtauld Institute, London in 2013.