These tattoos come from a man who worked as a Tattooed Man in a circus.

Please note that this page includes images of human remains. 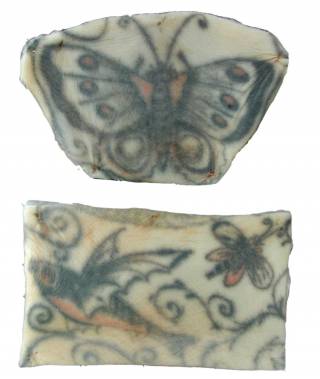 These pieces of skin tattooed with butterflies and flying fish are from a man who earned his living for many years as the Tattooed Man in a circus. His entire body, except for his head, neck, hands, and the soles of his feet, was covered with elaborate and intricate tattooed designs.

In the late 19th and early 20th century, tattooed people were widely employed by major circuses. Some were exhibited in sideshows while others worked as performers in traditional circus acts such as juggling and sword swallowing. During particular periods of growth in the circus, competition between circus owners for the most elaborately tattooed people became intense and they were employed in increasingly extravagant shows. It is estimated that by 1920, over 300 completely tattooed people were working in circuses and sideshows.

We acknowledge that it is likely that the people represented in our collections did not consent for their remains to be retained. 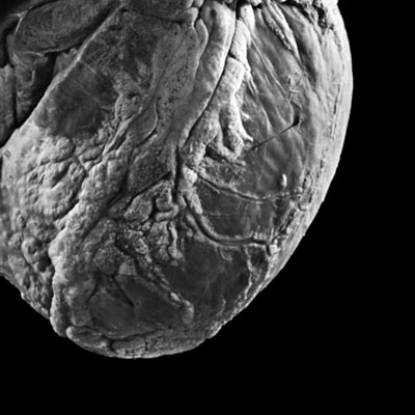 Pulmonary Embolism
This specimen is a heart that has been opened to reveal the pulmonary embolism that caused the patient’s death. 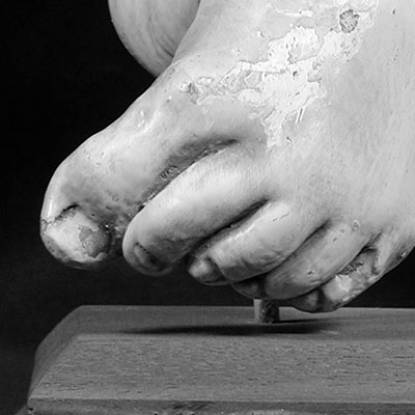