Part of Performing Place, this collaboration investigated how the wave patterns we study mathematically might be translated into musical rhythms. Camden-based mathematicians and musicians explored the connections between waves and rhythms and contributed their own musical ideas and perspectives. 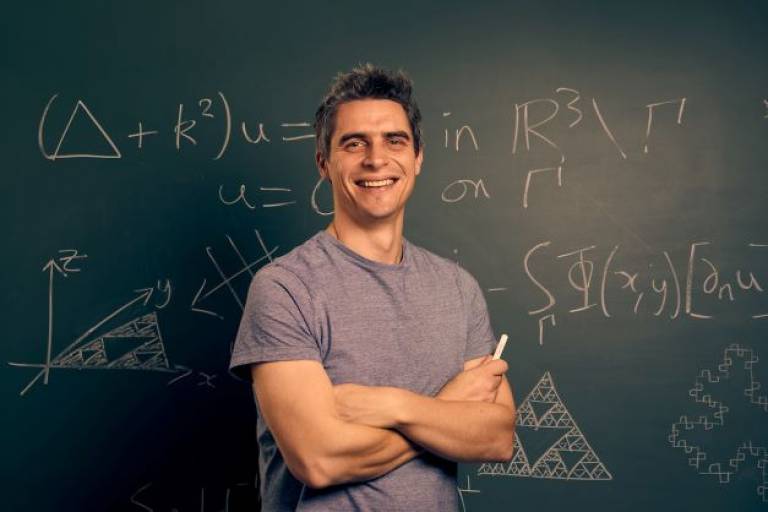 David Hewett is an Associate Professor in the Department of Mathematics at UCL. His academic research concerns the mathematical analysis of acoustic and electromagnetic waves. His current work concerns the scattering and absorption of solar radiation by ice crystals in cirrus clouds, which plays a major role in governing global temperature. These atmospheric ice crystals take complicated geometrical shapes and can exhibit 'fractal' structure, which makes them fascinating to study mathematically.  David is a keen amateur musician, playing the organ and training the choirs at his local church in Oxfordshire, and enjoys exploring the connections between his two passions of mathematics and music.

Bernhard Schimpelsberger composes genre-defying music that features a unique palette of percussion instruments from all around the world. Bernhard grew up in Austria, deeply rooted in Jazz and Western classical music, but it was his studies in India that shaped his innovative approach to rhythm and music. Inspired by his countless travels, he explores rhythm as a universal language which creates cinematic textures that are in high by artists across many genres. His original compositions have been commissioned for the Beethovenfest Bonn (2018), the opening ceremony of the Rowing World Cup Championships (2019) or Norrdans Sweden (2017) to name a few. He also regularly scores for contemporary dance and art galleries. Amongst his previous musical collaborators are Anoushka Shankar (sitar), Akram Khan (dance), Nitin Sawhney (music) and Gwilym Simcock (Piano).

Angelika Manhart is a researcher in the interdisciplinary field of mathematical biology and works as a Lecturer in Applied Mathematics at UCL. Having studied mathematics and molecular biology in Vienna, she now uses mathematical modelling and simulation to understand cell movement, e.g. how large bacterial swarms coordinate to form large-scale, fascinating patterns. Having a passion for science communication, she has worked with a choreographer and game designers to develop interactive projects for a science museum in New York City. She is also the science illustrator of the website coopersquarereview, a publication developed to book reviews, essays and musings from and about the world of science. 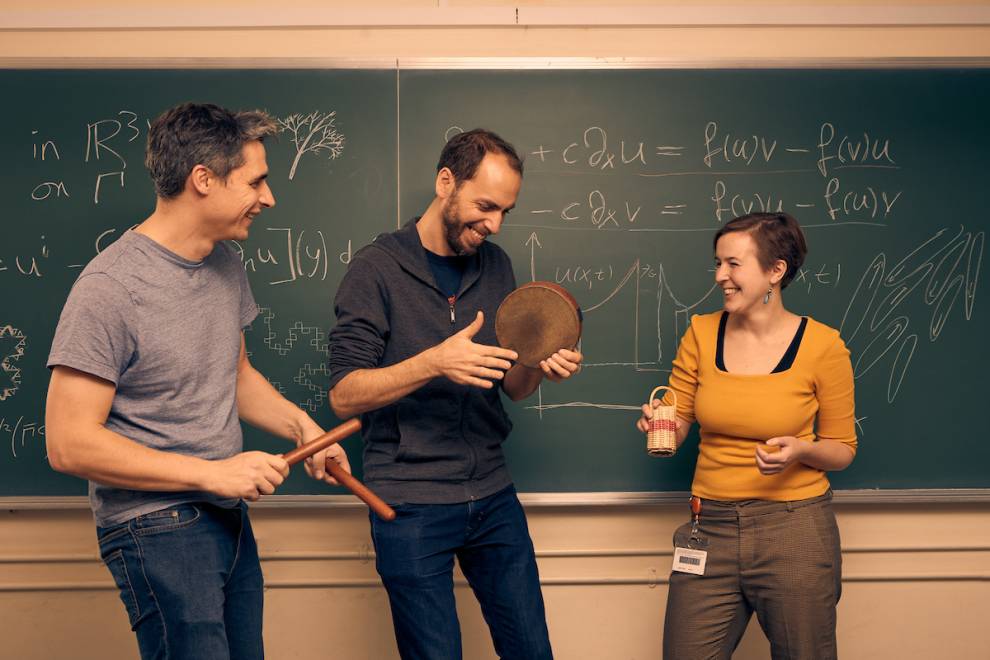 How did you get involved with the project?

I first heard about the Performing Place programme from Rachel Harris, with whom I had worked previously at Southbank’s ALCHEMY festival. I was delighted to receive an invitation to attend UCL’s free symposium, an event where artists and academics had the opportunity to meet, share ideas and potentially develop collaborations together.

This is where I met Angelika Manhart who later introduced me to our third team member Dave Hewett. Her field of expertise, the study of patterns in the collective movement of Myxobacteria, immediately sparked my interest. I began to wonder if large-scale wave patterns developed in collective movement would reveal mathematical proportions that could lead us to fascinating rhythms and music.

Tell us more about your project, Rhythms of Fractals & Collective Movement

Our collaboration investigates how the wave patterns we study mathematically might be translated into musical rhythms. The people of Camden were at the heart of these investigations through a series of interactive workshops, in which Camden-based mathematicians and musicians explored the connections between waves and rhythms and contributed their own musical ideas and perspectives.

What was your goal in joining this collaboration?

The Researchers: Dave Hewett & Angelika Manhart:
We are both researchers in Applied Mathematics at the UCL Mathematics department, working respectively on collective motion in biology (Angelika) and acoustic and electromagnetic wave scattering (Dave). What connects our work is our mutual interest in understanding how small-scale structures and interactions give rise to large-scale wave patterns.

We were attracted to work with Bernhard because we saw an exciting opportunity to explore how the formal mathematical ideas in our research might map onto a creative and emotional field such as music. By participating in the project we hoped to gain fresh perspectives on our own research and how it connects to other fields, which we expect will enable us to be more creative in the way we carry out, describe and disseminate our work.

Since beginning the project we have had regular interactions with Bernhard, meeting to discuss the main mathematical ideas behind our research and explore how they are connected to ideas in music. During these meetings we have found many surprising and fascinating connections, for instance between the multi-level structure of mathematical objects called ‘fractals’ and the multi-level rhythmical structure of music, and between the wave-like dynamics of collective motion of bacteria and the ‘ebb and flow’ of a musical composition associated with varying texture and dynamics. Bernhard has taken many of the ideas we explored together and is using them as the basis for a new musical composition, which will be one of the main outputs of the project.

Another important aspect of our collaboration’s output will be the community-focussed workshops with Camden-based mathematicians and musicians that we helped to facilitate. In these workshops participants explored some of basic mathematical and musical ideas behind our collaboration, in the framework of a common ‘rhythm language’. Since we wanted to make the workshops interactive, we felt they were impossible to run satisfactorily in an online setting given the difficulties in synchronisation inherent in online communication. As the COVID-19 restrictions faded away, the workshops commenced in July 2021.

During my formative years of studying classical rhythms and music in India I was exposed to a wide range of complex patterns which feature complex mathematical constructions. But in this project I was delighted to collaborate and learn in great detail about the research of collective motion in biology and acoustic and electromagnetic wave scattering as a source of understanding mathematical patterns.

In my interactions with Angelika and Dave I was able to learn about mathematical patterns and equations and try to translate them into musical patterns. In our conversations we discovered many similarities, yet unknown to us, and possible points of connecting the various forms together. These sessions were really inspiring and informative. The process of translating the ‘data’ into music was at times frustrating yet enlightening at the same time! Like every creative process, patience is key and only by exploring the subject matter from several angles are we able to find new possibilities.

The musical composition is called SCALES, a 20-minute long musical suite for solo percussion which is based on mathematical structures that I learnt in my research.

My passion has always been to bring communities together and help and inspire them to relate to each other and understand each other better. Through Konnakol, a spoken rhythm language of India, these rhythms can be sung and communicated. In our project we are bringing together mathematicians and musicians and we want to unite them through the underlying truth that is mathematics. Bringing these communities together for me means to make each of them aware of the power of mathematics and rhythm at once.

For me it has been a wonderful experience that has tremendously nurtured my understanding of the connection of mathematics and rhythm.

How you have responded to the COVID-19 pandemic – what this has meant for your project?

We decided that delivering our workshops in an online format is not what we wanted to do. That’s why we waited for new dates to deliver the workshops and present the composition. Due to restrictions in terms of public attendance the musical set-up for the workshops was smaller and more flexible.

What has changed for you through the process of this project?

It was difficult to keep the momentum since our workshops were cancelled just shortly before being scheduled. After originally booking a group of musicians for the workshop and performance I had the possibility to continue my research and ultimately decide the selection of instruments. My research led me towards exploring a percussion solo as a means to express the range of an entire music group. Having this added time for research greatly helped me to overcome several challenges and compose and perform the musical piece satisfactorily. We also recorded and filmed the performance of the composition which is now available online for audiences to watch. 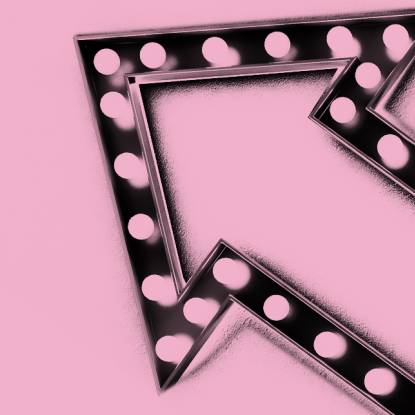 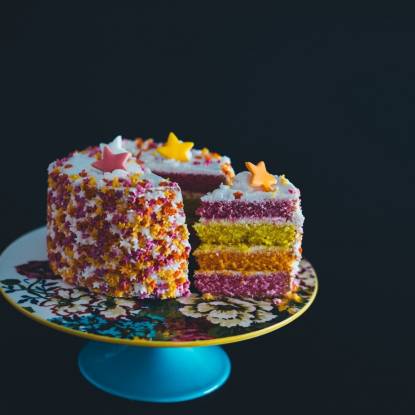