Take me to:
at:
Let's go
Let's go
QRator: a digital dialogue on museum collections
Grant Museum of Zoology
2011 to 2015
Exhibition

A groundbreaking collaboration between UCL Centre for Digital Humanities, UCL Centre for Advanced Spatial Analysis, and UCL Museums and Collections at the Grant Museum of Zoology developed QRator, an innovative new form of digital interpretation that empowers museum visitors to engage directly with curators and each other in a two-way conversation using social media. 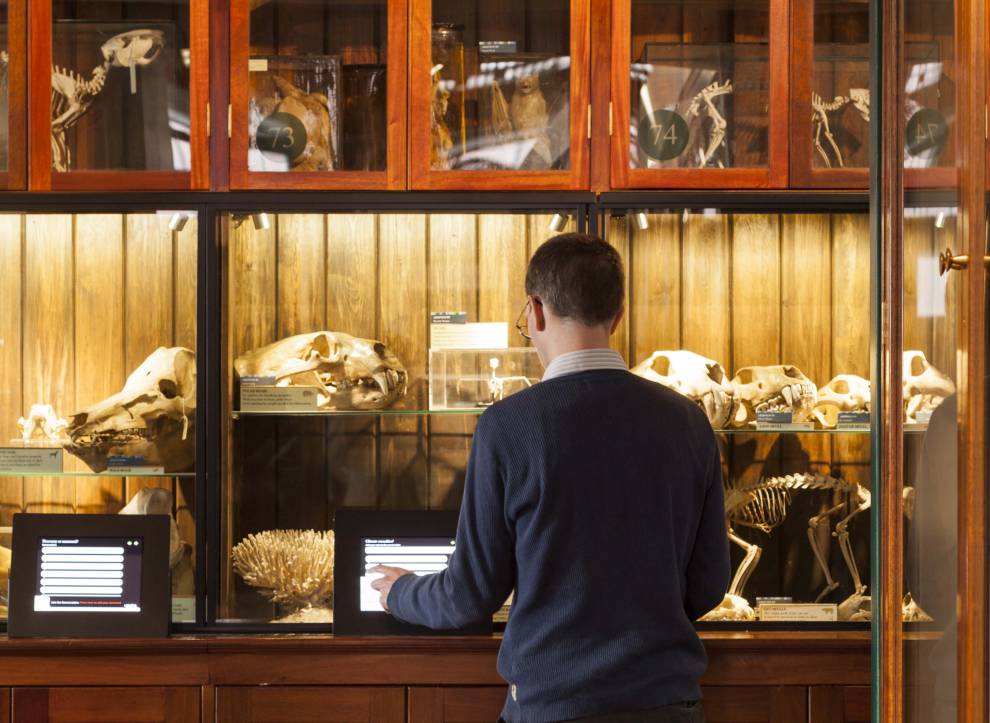 QRator was an iPad-based digital interpretation system that allowed visitors the to Grant Museum of Zoology to be a curator and share their views on displays of specimens about science in society and museum practice today. Visitors can input their thoughts on the display directly onto the iPad creating a digital ‘living’ label that subsequent visitors can read and respond to in real time which then become part of the display itself.

The traditional form of the museum is often one way: intended to instruct visitors in a one-sided communication; a form of interaction which tends to alienate visitors and distance curators from the needs and interests of the public they serve. QRator develop a means of empowering museums visitors to think of exhibits as social objects, and discuss them interactively with curators and other visitors. One of the first current questions was entitled Conserve or Display? Asking visitors to consider the following:

“How do we balance the needs of our specimens and the desires of our visitors? Most objects on display are irreversibly damaged by exposure to light, dust and fluctuations in temperature and humidity. The longer they are on display the shorter they will last. Instead, specimens in storage will last longer without requiring conservation treatment and care; however, visitors would not be able to readily see the specimens. Without specimens there wouldn’t be a museum.”

Over the four years QRator was on display at the Grant Museum the project aimed to create new kinds of content, co-curated by the public, and museum staff, that enhanced museum interpretation, public engagement and established new connections to museum exhibit content.

Researching QRator
The research project investigated these questions: can visitors to a museum be trusted to engage and answer challenging questions posed by a curator? Is it possible to elicit a dialogue between visitors and curators that encourages interpretation and analysis of objects, using digital methods?

Using the QRator iPads and QR codes in the Grant Museum and on the QRator website the research team found that visitors engaged in complex dialogues regarding provenance, as well as moral issues around acquisition, retention and display.

Launched as part of the rehousing of the Grant Museum in 2011 by 2013, it had received over 4,300 comments, or one for every three visitors, compared to the miniscule numbers who wrote in the visitor book or spoke to staff.

Impact of QRator
The museums and heritage sector immediately recognised the valuable contribution QRator makes to the visitor experience, without feeling intrusive or gimmicky. In 2012, it won an UK Museums and Heritage Award for Excellence 2012 in the Innovation category as "…impressive in the way it encourages participation within museums but also, importantly, in maintaining that participation beyond the walls of the museum when visitors have returned home".

In 2012, the research team was invited to trial QRator at the Imperial War Museum's A Family in Wartime exhibition in both IWM North and IWM Lambeth. The project, which used interactive touch screens and social media to enter into digital conversations with each other and the curators, received over 26,000 comments from visitors to the two sites.

The project was developed in partnership with UCL Centre for Advanced Spatial Analysis and UCL Digital Humanities, funded by UCL Public Engagement Unit. 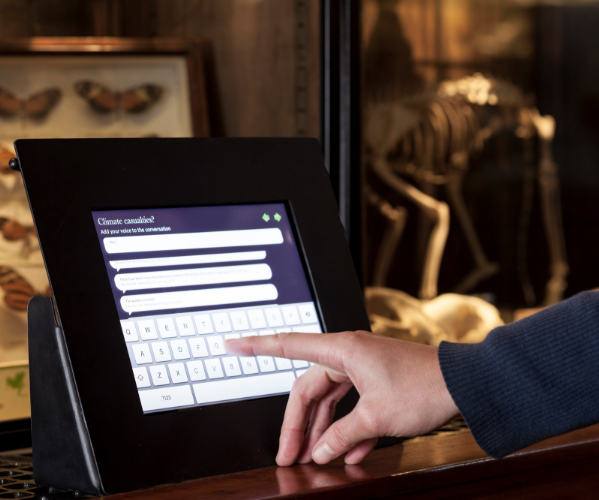 Natural history museums as provocateurs for dialogue and debate