Take me to:
at:
Let's go
Let's go
Different Perspectives: Archaeology and the Middle East in WWI
An overview of our Heritage Lottery Funded project 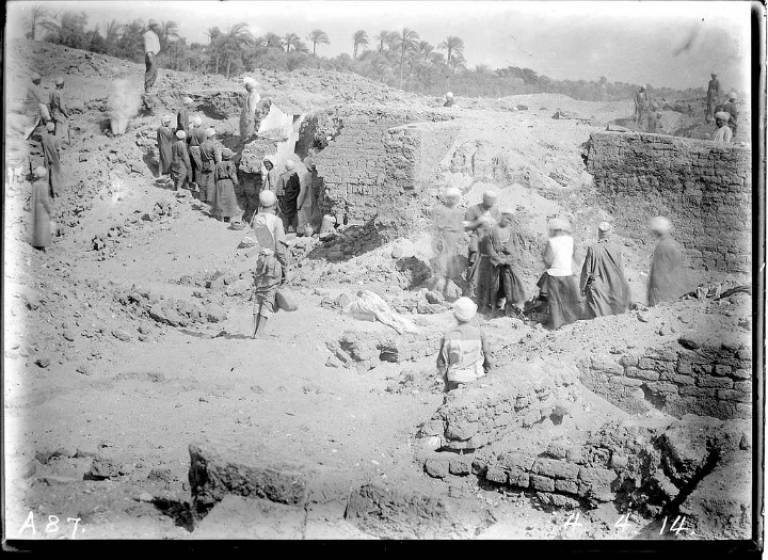 What is the connection between the Petrie Museum of Egyptian Archaeology and the mysterious and enigmatic theme of archaeology and espionage? When we hear these words, we get the image of Indiana Jones-type characters on expeditions filled with adventure and swagger, but was there really a link between archaeology and military intelligence-gathering in times of conflict?

Our Heritage Lottery funded project, Different Perspectives: Archaeology and the Middle East in WWI sought to explore these myths and realities. Working with a wonderful team of 12 community researchers, we explored and investigated material from within the Petrie Museum and UCL archives, relevant files in the National Archives at Kew, documents at the Palestine Excavation Fund, Egypt Exploration Society and objects and images from the National Army Museum.

We used this research to curate a series of public events culminating in a performance, an exhibition in the Petrie Museum and a series of learning resources as a legacy to the project. All this explored how antiquity and cultural heritage both form and transcend national identity, lead to cross cultural connections, and open up discussion around the subject.

Our project received some media attention too - Public Programmer Debbie Challis was invited to speak on BBC Radio 4's Today programme about the project. A fantastic opportunity to highlight all the hard work of the volunteers.

Many of the figures involved in military campaigns in the region during World War One were archaeologists and trained by Flinders Petrie. From the well-known, such as T.E. Lawrence aka Lawrence of Arabia, to the almost unknown Rupert Harold Duncan Willey, who was killed in action in 1919 in Iraqi Kurdistan. Petrie is our lynch pin in the middle of the matrix, from whom many people can be connected and linked.

Archaeologists have similar skills to those needed for military intelligence gathering. For example, their knowledge of the local area and languages, ability to decipher codes and encryptions, skills in cartography, ability to live rough in the desert etc. We are not saying that all archaeologists present in the Middle East during World War One were spies but that there were some natural over-lapping of skills.

When World War One broke out, the archaeologist Flinders Petrie offered his services to the War Office. At the age of sixty-one, however, he was too old to fight and could only watch as his assistants, students and even his wife went into military uniforms. Petrie actively followed the campaigns and developments happening in Egypt, Mesopotamia (modern day Iraq), Palestine and Syria. He gave public lectures about the ramifications of World War One, including three in 1918 at the Royal Institution, Eastern Exploration, Past and Future, on Britain’s role in those countries.

World War One and British involvement had a profound impact in and on the Middle East, the repercussions of which are still felt today but have been underexplored within the public realm. With recent events in the region of Syria and Iraq underlining how important the legacy of the war was on nation building and identity, and the role of antiquity in both, it is more important than ever for there to be public information and discussion on this area.

Coming to see us?
Get directions to:
Different Perspectives
Subscribe to our newsletter