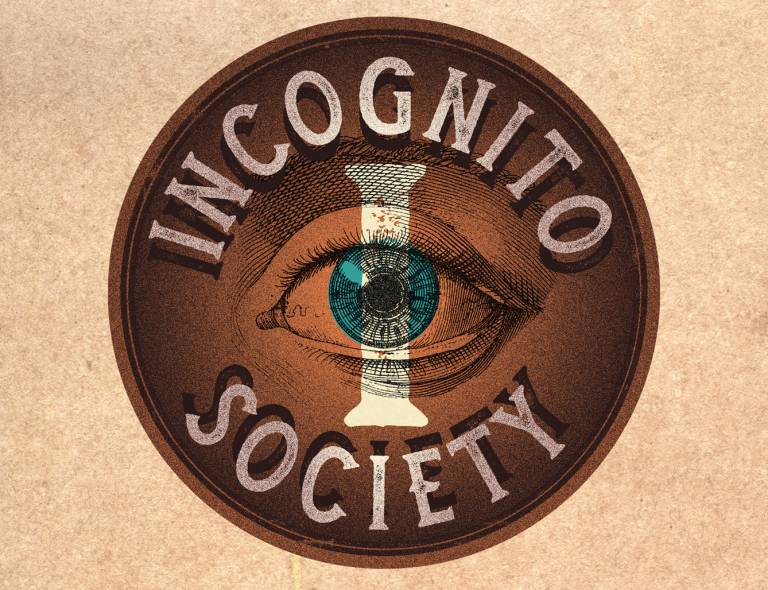 Calling all UCL students! Join the Incognito Society, one of the UCL’s oldest societies of curiosity and creativity. Take the sorting quiz and find out which of the four Halls you belong to: will you be a Tangerine Penguin, Indigo Wolf, Sapphire Seahorse or a Crimson Eagle?

Every week, up until the 9 December, we will be launching new challenges, including designing your own secret handshake.

Join us on Zoom for Incognito Society’s virtual Social on Wednesday 18 November at 4pm to compete in this year’s Play-Off of Curiosity, a friendly contest dating back to 1911.

This online game was developed by interactive theatre-makers Coney and UCL Culture. 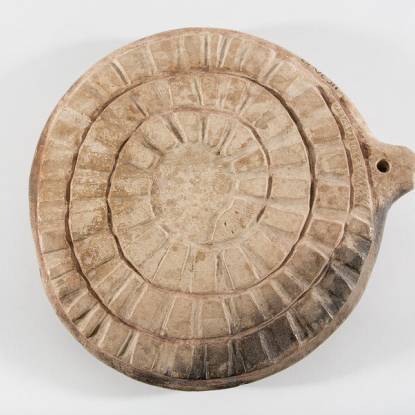 Games & Play
Forget the old adage 'work hard, play hard'. This month at UCL Culture we are all about developing our inner child. No, this doesn't mean taking Lego bricks to work... Instead we are rekindling those qualities of light-hearted play that formed the core of our development growing up, and can still help us now. Through the opinions of our experts and an exploration of 'grown-up' play, we want to rediscover the joy a playful mindset can bring to our lives and the creativity it naturally unlocks. We’ll also examine the impact play has on our mental health and wellbeing. How it aids learning and its power to widen our understanding of the world around us. Play is an important part of what makes us human.#UCLPlay Get involvedLet’s Play: Games as Connection    Why do we play games? Inspired by our collections, Let’s Play is an online exhibition curated by MA Museum Studies students from the UCL Institute of Archaeology. It tells the story of how games connect people across time, place, struggles and communities.Visit the websiteHelp solve the mystery of the Egyptian game of SenetThe Ancient Egyptians loved playing board games. Senet is one of the oldest in the world dating around 3,100 BC. Although there are many theories on how to play, exact instructions for the game have never been discovered. Read our article on Senet on the Museum Crush websiteWilliam Hogarth and the Idle Prentice at PlayDelve into the UCL Art Museum and find out what William Hogarth had to say on gambling, the game of hustle-cap and morality.Read our blogHave a go at stop animation on your phonePlaying and creativity go hand-in-hand. Our Engagement team have been busy working with UCL students to show you how to create simple but amazing stop animation on your mobile.Find out more[[{"fid":"14147","view_mode":"medium","fields":{"format":"medium","field_file_image_alt_text[und][0][value]":"Stop animation image","field_file_image_title_text[und][0][value]":"","field_caption_heading[und][0][title]":"","field_caption_heading[und][0][url]":"","field_caption[und][0][value]":"","field_float_left_right[und]":"none","field_file_image_decorative[und]":"0"},"type":"media","field_deltas":{"1":{"format":"medium","field_file_image_alt_text[und][0][value]":"Stop animation image","field_file_image_title_text[und][0][value]":"","field_caption_heading[und][0][title]":"","field_caption_heading[und][0][url]":"","field_caption[und][0][value]":"","field_float_left_right[und]":"none","field_file_image_decorative[und]":"0"}},"attributes":{"height":"566","width":"998","class":"media-element file-medium"}}]]Play a jiigsawFriends of the Petrie Museum have created online jigsaws from some of our most stunning artefacts from the collection including our famous collection of Shabtis.Find out moreWatch UCL Professor Sophie Scott’s TED talk on why we laughDid you know that you're 30 times more likely to laugh if you're with somebody else than if you're alone? Our cognitive neuroscientist Sophie Scott shares this and other surprising facts.Watch the TED talk Watch this space... Over the coming weeks we will be sharing our ideas on the theme of play and experimenting with our own collections. Follow us on InstagramFollow us on Twitter 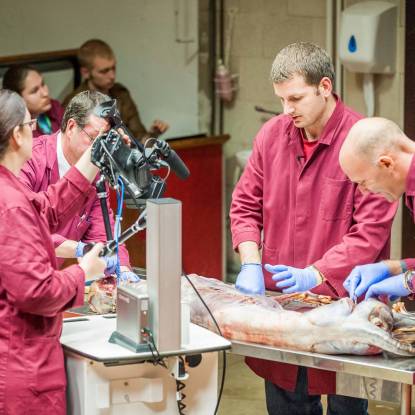 Grant Museum hosts big cat dissection
Members of the public, students and zoologists joined researchers from University College London (UCL) and the Royal Veterinary College (RVC) for a one-off event giving a unique insight into the evolution of cat anatomy and movement.Wild Cats Uncovered was a partnership event between UCL’s Grant Museum of Zoology and the RVC at the RVC’s Camden campus. During the event leading experts in feline anatomy performed a post mortem on a cheetah before a live audience.[[{"fid":"1367","view_mode":"default","fields":{"format":"default","field_file_image_alt_text[und][0][value]":false,"field_file_image_title_text[und][0][value]":false,"field_float_left_right[und]":"none"},"type":"media","link_text":null,"attributes":{"height":"867","width":"3467","class":"media-element file-default"}}]]Known as ‘Team Cat’ and headed by Professors Anjali Goswami from University College London’s Department of Genetics, Evolution, and Environment and John Hutchinson from the Royal Veterinary College, researchers have brought together their expertise in evolution and biomechanics to better understand the evolution of form and movement within the cat family.For most animal groups, as they get bigger their posture changes: their legs tend to straighten and become stiffer to support their weight. But not cats. Despite ranging in size from 1kg to over 300kg, living members of the cat family are strikingly similar in their posture and how they stand or move. For scientists from Team Cat, the idea of the ‘crouching tiger’ is an evolutionary mystery they set out to investigate over the course of the project.The post-mortem on the cheetah, which had died of natural causes, revealed insights about the individual animal, and the cat family. In terms of the individual cheetah’s pathology, abnormalities in the gallbladder, spleen, liver and lungs and overall weight were consistent with the cheetah having died of a disease such as cancer.Regarding the post mortem, Professor Hutchinson said: “We shared a unique opportunity to celebrate the amazing form, function and evolution of cats in general, and the spectacular beauty of the cheetah specimen’s anatomy as well as its life and some clues about the sad story of its demise. We were flooded with challenging, insightful questions from the very enthusiastic audience and it was a joy to hear how much people attending appreciated the event. It was a very important event for us, considering our commitment to engaging the public with scientific research.”In terms of the cat family, Team Cat has used a variety of techniques over the last three years to understand their anatomy; from tempting tigers to cross 3D scales that measures the force produced as they walk, to dissections of wild cats that died of natural causes in zoos and parks, to even CT scanning and measuring the remains of fossil cats to capture their shape in 3D. Using these techniques, the scientists involved have been piecing together the developmental, ecological and biomechanical influences that have shaped the evolution of the cat musculoskeletal system.Professor Goswami said: “In evolutionary biology, we spend a lot of time trying to identify grand unifying processes or patterns that are repeated across different groups or different periods in Earth history, but the exceptions to these rules can sometimes tell us even more about how the current diversity of life evolved and why organisms look and behave the way they do. It shouldn’t come as any surprise to a cat lover that cats are one of the weird groups that break the rules, and we are looking at this from numerous angles, from development to biomechanics, and using a wide range of analytical techniques to understand how they get away with it.” Professor Hutchinson commented: “We brought together a dream team of researchers with expertise across the fields of anatomy, development, mechanics, evolution and palaeontology to tackle big questions about big and small cats. It has been an exciting three-year study that is putting together some big puzzle pieces about the evolution of cats and their form, function and behaviour. This event showed and celebrates our latest findings". The “Walking the Cat Back” project is funded by the Leverhulme Trust.
Subscribe to our newsletter